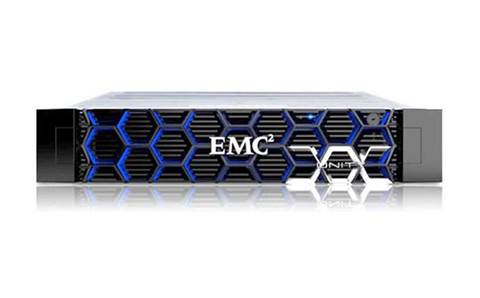 EMC wants to undercut competitors such as Pure Storage and Nimble with its new Unity all-flash array, which it claimed is half the price of competitive products.

The 2U (two rack unit) product starts at US$18,000 (A$23,500). It has been designed for the smaller end of town – not typically EMC's sweet spot, admitted Jeremy Burton, president of products and marketing, EMC at the vendor's conference in Las Vegas.

"We made our name as a company focusing on the high-end enterprise. We have never really built out volume distribution, therefore, we have not really built a lot of volume products. Unity was absolutely designed and architected as a volume product."

The product is aimed at small, mid-sized and departmental enterprise IT deployments, and also comes in a hybrid array configurations priced at less than US$10,000.

By deploying multiple Unity arrays, users can scale up to 3 Petabytes of storage, with up to 300,0000 IOPS.

Unity was announced on the opening day of EMC World. The array's entry-level nature chimes with the mainstream market approach of Dell, which is in the process of acquiring EMC.

Burton added: "With Unity, we as EMC will do well with it. In the hands of Dell's distribution channel, which has historically been a volume channel, I think we can do amazing things."

Unity will be sold though EMC's two Australian distributors, Ingram Micro and Avnet.

Darren Adams, Australian & New Zealand general manager of Avnet Technology Solutions, is in Las Vegas for EMC World. He told CRN that the distributor already had sales and technical staff skilled up on the Unity range. "Therefore, Unity is quotable and orderable from Avnet now."

Adams expected Unity to "give EMC a real technological lift, particularly in the mid-tier market".

"Additionally, Avnet will be immediately offering Unity to our partners as one of the many options available in our new Powered-by-Avnet solution that CRN wrote about recently," Adams added.

Also in Las Vegas for EMC World is Jonathan Fox, general manager of Ingram Micro Australia's Advanced Solutions Group. The distie's team "have been fully trained and have been able to quote since late April," Fox told CRN.

"The product set is available to be ordered from us now and we've already seen a strong uptake and pipeline building."

"We're excited about what the new products will mean for our mid-market business given the aggressive price point we see, combined with some of the simplicity of management and deployment," he added.

"It will also complement the existing EMC portfolio and fit nicely into the overall Dell/EMC value proposition as we see the two businesses merge to become Dell Technologies," said Fox.

The journalist travelled to EMC World as a guest of EMC.

Cloud application revenue made easy
By Steven Kiernan
May 3 2016
5:03AM