EMC lays off staff at RSA 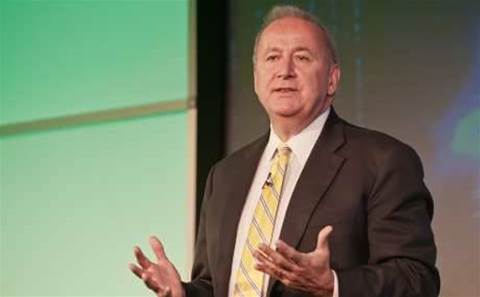 EMC has laid off management and sales staff as part of an overhaul of its RSA security division, according to people familiar with the matter.

The restructuring shifts RSA away from EMC's sales model to be more in line with security market trend sales opportunities, according to several solution providers and systems integrators interviewed by CRN US.

“I’ve been told that the changes make it more of a streamlined management approach,” said one partner who asked not to be identified.

CRN US reached out to channel executives at RSA, but they did not return phone calls. When asked about the changes, an RSA spokesperson responded via email with a prepared statement.

"Like all tech companies, RSA's operations constantly evolve to ensure optimal execution of our strategy. At times this impacts our organisational structure and employee base. Ultimately this flexibility is needed to enable us to capitalise on growth opportunities and better meet customer needs," the statement read.

Some solution providers say the restructuring could give EMC the ability to spin off the company. But Art Coviello, executive chairman of RSA and head of the security division's strategy, told reporters at an event last week that RSA would remain part of the storage giant’s federation of companies. He added that the company is exploring possible acquisitions to fill gaps in its portfolio.

Coviello also addressed the crowded market for threat detection, security intelligence and analytics startups that are fueled in part from a flood of venture capital funding eager to get in on just about any technology vendor with a security product.

“Investors don’t necessarily make the wisest investments when it comes to security,” Coviello said, adding that the security market is likely to shake out over the next year, bringing down some “sky-high” valuations. “We’re happy to be part of the EMC Federation and we will continue to be part of it.”

Coviello's remarks came just days before EMC’s announcement that it has addressed the concerns of one of its top and most vocal investors, Elliott Management, which called for the company to shed the 80 percent it owns of VMware to bolster EMC's stock performance. Elliott Management also argued that Pivotal and RSA could be spun off since investors have been favourable to that kind of move.

EMC, meanwhile, said Monday US time that it has added two new members approved by Elliott Management to its board of directors.

Coviello stepped down from his role as president of RSA last September, ceding that position to Amit Yoran, who was RSA’s senior vice president of products and in charge of architecting the company’s analytics platform. Yoran was CEO of NetWitness, which RSA acquired in 2011. He is integrating the RSA portfolio into the appliance to make a cohesive network monitoring and threat detection platform.

EMC increased its attention on its RSA division following the company’s SecurID data breach in 2011 and the fallout over documents leaked by former NSA contractor Edward Snowden that alleged that the company may have been paid US$10 million to support a faulty encryption algorithm that could be used for spying. It’s an allegation that the company has publicly denied.

In his remarks to reporters last week, Coviello reiterated a previous call he made at the company’s annual security conference for countries to establish international norms for nation-state espionage and military-style cyberattacks.

“The problem is that these campaigns are taking place around the world and organisations are sometimes getting caught in the crossfire,” Coviello said.

7 steps to MSP success: from pricing to specialisation
By Robert Westervelt
Jan 14 2015
12:31PM