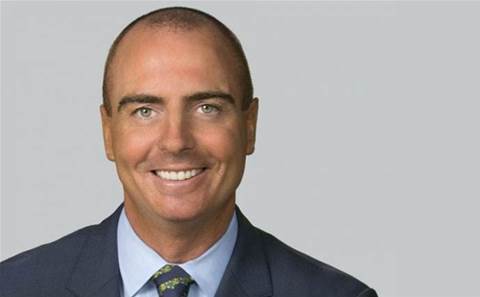 In a move to tackle differences between the Dell and EMC fiscal calendars, Dell EMC said it would allow legacy EMC partners to bank an extra month's worth of rebates and market development funds (MDF) for January.

This information comes as some EMC partners wondered how they'd be compensated for the deals they close in January. Dell EMC global channel chief John Byrne told CRN USA this week that legacy EMC partners would earn rebate and MDF dollars in January as they normally would under the EMC Business Partner Program, essentially giving them a four-month fourth quarter.

Byrne said Dell EMC didn't have any projections for how much it would ultimately invest in rebates and MDF to legacy EMC partners as a result of the bonus month, but he noted that the fourth quarter, rather than the beginning of the year, is typically a big selling period for the channel.

The adjustment, he said is intended to "settle them down", Byrne said. "They know they're going to get paid."

As far as making goal, however, EMC partners remain on a normal calendar year. Deals they close in January won't count toward their goals for 2016.

"Get hustling," was Byrne's advice for EMC partners, adding that partner deal activity is "significantly weighted to the last third of the quarter."

"When you look at most companies, the method is get your big deals done by the end of December, and if you look at the linearity, month one [of the fiscal year] is your least linear month," Byrne said. "Does that mean they may hold off on those big deals until February? They may, but ultimately they need to get their calendar year done."

Byrne is set to roll out the details of the unified Dell EMC channel partner program next week, and said that while "the big ticket items are locked and loaded," his team still has "a lot of work ahead of us over the next six weeks."

The company last week announced that Dell partner boss Geoff Wright would take the mantle of channel chief across the combined company in Australia & New Zealand.

Byrne said the company's channel leaders, including North America channel chief Gregg Ambulos and distribution chief Jim DeFoe have assembled their teams, and the company is on target to have personnel in place down to the account manager level by mid-January.

"We're being very thoughtful, very thorough, very considered and we're listening to the voice of the partner," Byrne said. "We're over-communicating. When you don't hear from people, you give people cause to be concerned, and they shouldn't be. We're building something world class."

Grow your software revenue by selling these 5 affordable, essential tools for the modern workplace
By Matt Brown
Dec 16 2016
11:29AM