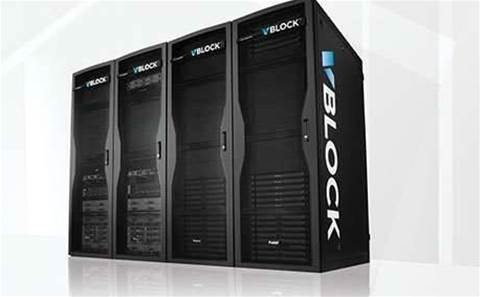 VCE said Wednesday US time it is officially becoming "an EMC business," confirming weeks of speculation that Cisco Systems is reducing its ownership stake in the converged infrastructure joint venture.

Cisco's stake in VCE is being cut from 35 percent to roughly 10 percent, in an effort to drive what it called "the next phase of evolution" for the company. The change is expected to be finalised this quarter.

EMC, whose 58 percent ownership stake will rise to approximately 90 percent, will include VCE within its federation of subsidiary companies, which includes Pivotal, RSA and VMware.

CRN first reported two weeks ago that Cisco was considering ending further investment in VCE. The amount EMC paid for Cisco's stake was not disclosed.

VCE said it will continue to sell and support its Vblock systems, which today feature a mix of technology from Cisco, EMC and VMware. Despite Cisco's reduced stake, VCE said it remains committed to including Cisco products, such as its Application Centric Infrastructure and Unified Computing System, in the Vblock road map.

"VCE will continue to offer industry-leading Vblock systems, which will feature best-of-breed compute and networking exclusively from Cisco," a VCE spokesperson told CRN US.

Cisco and EMC, which created VCE in 2009 alongside VMware, said a change in ownership structure was necessary to expand VCE and position the company for long-term growth.

"VCE's size, scale and market reach now requires a more traditional business structure," said Joe Tucci, chairman and chief executive of EMC, in a statement. "Our commitment to increased investment will enable VCE to significantly expand the scale and scope of its solutions, helping customers take better advantage of hybrid cloud and next-generation IT opportunities.”

Cisco chairman and CEO John Chambers, for his part, said in a statement that VCE will continue to be a "crucial route to market" for Cisco data centre and cloud solutions.

VCE executives first hinted at a change of ownership at a partner meeting earlier this month but said the change wouldn't affect the technical or architectural road map for VCE, sources told CRN US.

Meanwhile, there has been fierce rivalry between Cisco and EMC subsidiary VMware, which both have their own takes on software-defined networking. Cisco is banking on its Application-Centric Infrastructure, while VMware is pushing its NSX brand.

[Related: Gloves are off in VMware and Cisco's SDN battle]

Cisco, to date, has invested around US$716 million in VCE, including US$185 million in fiscal 2014, according to a July 10-Q filing by the California-based vendor. As of 26 July, Cisco had recorded cumulative losses of US$644 million from VCE.

VCE said yesterday it has exceeded a US$2 billion annualised run rate for Vblock and Vblock-related products and services, and that its third fiscal quarter represents its sixth in a row where year-over-year growth has surpassed 50 percent.