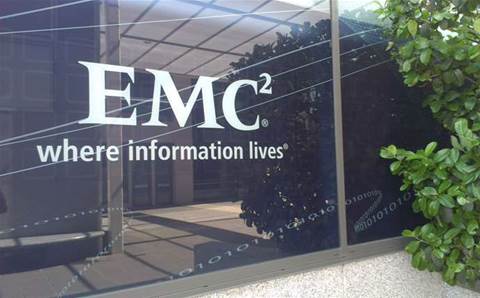 EMC, in a bid to boost shareholder support for its sale to Dell, will retain a majority stake in Virtustream and abandon a plan to place the loss-making cloud services provider in a joint venture with VMware, people familiar with the matter said.

The move is aimed at lifting VMware's shares, which have lost about a quarter of their value since Dell's US$60 billion deal to buy EMC was announced on 12 October.

The decline puts the acquisition at risk because Dell was set to pay EMC shareholders US$24.05 per share in cash and a special stock that tracks the common shares of VMware.

VMware is a virtualisation software maker majority-owned by EMC, and is seen as one of the company's most important assets.

Under the new plan, EMC would assume Virtustream's losses by keeping a majority stake, and VMware would only have a minority stake, the people familiar with the matter said on Tuesday US time. EMC may announce the plan as early as December, one of the people added.

Analysts have said the plan would pressure VMware's share price as it effectively increases the size of the float.

VMware last month also gave a disappointing forecast for fourth-quarter revenue and said it had seen softer bookings due to speculation about its future and weakness in China, Russia and Brazil.

Investors have been calling on EMC to initiate a share buyback program at VMware, but the company has not yet made a decision on that matter, according to the sources.

Activist hedge fund Elliott Management is one of EMC's top shareholders, and its spokesman declined to comment.

EMC acquired Virtustream for US$1.2 billion in July. EMC said on 20 October that it would share ownership of Virtustream with VMware on a 50/50 basis, and that this joint venture's earnings would be consolidated into VMware's financial statements from the beginning of 2016.

VMware chief financial officer Jonathan Chadwick said on a conference call on 20 October that Virtustream would have an operating loss of about US$200 million to US$300 million in 2016, as it heavily invests in global operations over the next few years.

Bernstein analyst Toni Sacconaghi said in a research note on Monday US time that disbanding the joint venture would alleviate near-term earnings pressure at VMware and also reduce capital spending and the additional investment Virtustream would require.

VMware's common shares jumped on the news and closed up 3.85 pct at US$60.35 on the New York Stock Exchange.

(Reporting by Liana B. Baker and Greg Roumeliotis in New York; Editing by Tiffany Wu)