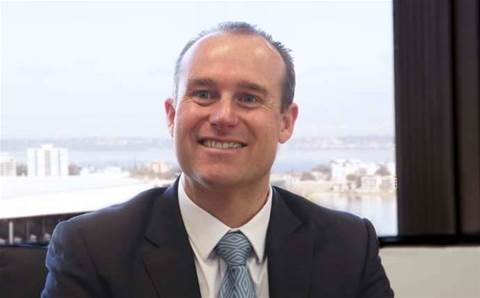 According to a media statement, Waller is leaving to spend time with his family. He will stay on with Empired until 31 October to oversee the transition to new chief financial officer David Hinton.

Empired said Waller has no intention to return to full-time work in the near future.

Waller joined Empired in 2005 when the company was generating approximately $2 million in revenue per year. Empired listed on the Australian Securities Exchange (ASX) in 2007 and grew its revenue to $128 million in the 2015 fiscal year. That performance saw it stamp into 13th position in the 2015 CRN Fast50.

"On behalf of the board and all of the company’s stakeholders, I would like to sincerely thank Mark for his unparalleled support and commitment to the company over the past 11 years,” said Empired managing director Russell Baskerville.

“I wish Mark every happiness with his young family and for the future.”

David Hinton was formerly chief financial officer of Perth solutions provider Amcom. He joined the company in 2006 and led the company through its merger with Vocus Communications in 2015, which valued Amcom at $750 million.

“I am confident that David’s extensive experience, particular the relevance of his Amcom experience to Empired, will be of great value to our company,” said Empired managing director Russell Baskerville.

“I am delighted to welcome David to the team and am looking forward to working with him through the next exciting chapter in Empired’s development as a market leader.”

Empired landed in hot water with the ASX in January when the authority questioned why the company’s share price plummeted 53 percent in two weeks, in conjunction with a significant increase in stock trading. Waller, as company secretary and CFO, fielded the ASX enquiries on behalf of Empired and publicly denied that the firm had any involvement in leaking sensitive information.

After that incident, Empired revealed to the market that “transitional difficulties” had impacted Empired’s first half of the 2016 financial year. The ASX then grilled Empired again on when the company became aware of the difficulties.

Waller said at the time that the revised earnings forecast had not been updated to reflect the transition costs because earnings reports from Empired’s New Zealand and US subsidiaries were still being reviewed.

Empired forecasted revenue for the 2016 fiscal year to range between $159 million to $169 million, which would be a growth of between 24 and 32 percent.