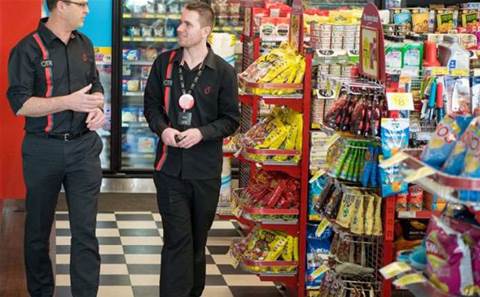 Peregrine, which owns and operates 260 outlets including On The Run convenience stores and Smokemart & Giftbox stores, can now automate staff's cumbersome task of manually logging the temperature and operating specifications of appliances every four hours or so.

The checks are essential to comply with Australian Food Safety Standards – any errors in the control of food storing appliances would be costly, resulting in stock being destroyed.

Empired installed IoT sensors at Peregrine’s On The Run Hillbank store that automatically log the temperature of product storage systems. This frees up staff, reduces the chance of equipment failures and delivers greater operational transparency.

The data that has been collected is aggregated in the Microsoft Azure IoT Suite and presented to key staff with "easy-to-understand visuals" via a Power BI dashboard.

The pilot is set to be expanded to up to six stores and could ultimately be replicated across Peregrine's entire network of more than 130 convenience stores.

Peregrine CIO Brendon Hore greenlit the project with "two clear goals in mind". "We wanted to make operational site processes simpler for our team. We pride ourselves on being a place where our great people get to do great things. Already, our staff are able to spend their time being analytical, rather than being data-entry operators.

"The second goal of the project was to ensure that compliance to food safety standards was optimised with the most efficient use of resources. Again, it’s early days but the reduction in manual labour is already resulting in decreased human error."

Empired's business intelligence practice lead, Sundeep Rehill, said: "The Azure IoT Suite is fundamental to the solution. With 30 sensors in the initial pilot, and moving forward where there may be hundreds or thousands of sensors, having a cloud-based central repository to manage the data is essential."