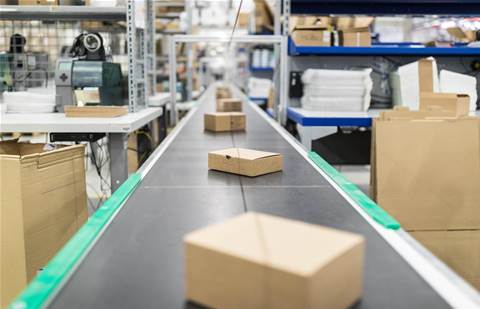 Sydney-based IT providers Enablis and Solista have teamed up to take engineered conveyor systems provider Fenner Dunlop to the cloud.

Fenner Dunlop initially contacted Enablis back in 2017 to refresh its 24-site network that supports a team of 830 onsite and remote staff. Enablis designed and implemented a new fibre network, communications platform and centralised data centre with direct Microsoft Azure connectivity.

A year later, Fenner Dunlop got in touch with Enablis once again when it needed to replace its end-of-life SAN and aging backup and DR setup.

The company was previously backing up its data using disks and tapes that were physically stored offsite, a costly and complicated process.

With cloud connectivity already established a year prior, Fenner Dunlop reached out to Enablis to address its storage and backup needs, who in turn brought in Solista to implement a flash storage and cloud backup solution.

To start with, the two IT providers utilised VMware’s VMotion to migrate their customer’s data from their old SAN to a Pure Storage flash solution, transferring 35 virtual machines in total.

Enablis and Solista deployed a cloud backup solution from Rubrik in order to replace the manual backup process. Rubrik compresses and backs up data to the cloud automatically when VMs are created, and can be managed from a central dashboard that’s controlled by Fenner Dunlop. Deploying Rubrik also allowed Fenner Dunlop to close an offsite backup and DR facility.

Importantly, they also removed Fenner Dunlop’s reliance on tape, which the company said was critical in reducing its expenditure and operating costs.

“People make mistakes and delete things. But I can sleep well every night knowing I can recover any file without having to worry it might not be there,” Fenner Dunlop’s IT manager Sammy Jammal said.

The CEOs of both Enablis and Solista praised the partnership as having potential for the future in providing for mid-sized enterprises by combining their expertise in network and managed communications with professional services, cloud and security.

Solista chief Noel Allnut added: “Our partnership with Enablis allows our mutual clients to gain better insights into their data and enhance their reach from the cloud to the network seamlessly.”