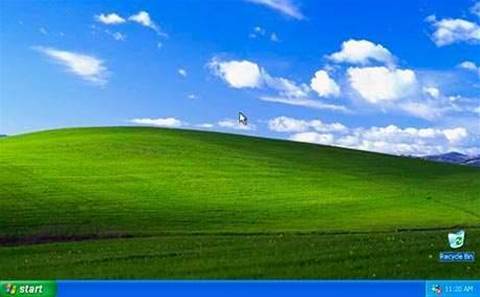 Sentiment toward Windows XP from Aussie resellers remains positive as they capitalise on work to move clients off the end-of-life system.

Jamie Warner, CEO of Sydney-based eNerds, said there has been a "lot of work" migrating off XP.

The company is tackling the task through its partnership with Dell, including a campaign to help clients migrate. Warner said a lot of Windows 8 licences are being sold, but customers are downgrading to Windows 7.

"Does the security risk motivate clients to move off Windows XP? Ha, it doesn't – they're numb to that stuff," Warner said.

Also seeing plenty of work to come is Artis Group CEO Chris Greatrex, who pointed to analyst estimations that more than 15 percent of businesses would have at least 10 percent of PCs still running XP.

Greatrex said the long timeframe for deployment mean there has been a "dangerous lag" in the upgrade process.

"Just walking through our many clients’ offices this figure would appear even to be somewhat conservative, particularly in the commercial accounts," he said.

Greatrex is viewing the XP upgrade as an opportunity in other areas too. "What we’ve seen with the end of XP is increased interest in deployment options such as Office 365. Clients are particularly interested in an option that takes away future major upgrades, as Office 365 does."

Another reseller looking at the XP upgrade as an opportunity is Eddie Mahdi, sales director Centrix.

"I see this as more of an opportunity for business to look to their future rather than having to deal with a one-time fix for something that is getting out of date," he said.

Mahdi pointed out that not all clients have been able to make the move from XP, with some being tied to application providers.

That's not the only consideration being lost in the chorus of calls for business to upgrade. Complete PC Solutions boss Frank Triantafyllou said there was a bigger issue.

"The biggest one we've been focussing on everyone has forgotten about, is Server 2003. That goes end of life today too. That's more important from our point of view. That's where the data's stored. I'm been surprised no ones's really talked about."

Triantafyllou said Complete PC Solutions has been performing hardware audits, but not everyone is making the leap.

"I'd say so, we're proactive and we've told them all. But clients are more reactive and they spend money when they have to."

Also seeing some upgrade resistance in the market is Mario Misso, COO for LogicalTech. "There are still a lot of businesses that are not willing to switch to Windows 8, although resistance has reduced over time and with the introduction of Windows 8.1," Misso said.

The end-of-life has brought on a wave of XP nostalgia but Luke Williams from Gold Coast-based Mercury IT pointed out that the operating system didn't always garner such affection.

Halliday remembers that when the OS first arrived, his first impressions weren't positive.

"I was actually running Windows 2000 and I hated Windows XP when it first came out. I was one of the naysayers. I felt they had made it looked pretty at the sacrifice of performance."

"For me, Service Pack 2 was the turning point. It became a really reliable, stable OS. Now I would say it is one of the most successful operating systems to date.  There's still a lot of people that haven't upgraded, which to me says it's a pretty successful OS."