End of the road for Lif3, the supplier of a mobile phone anti-radiation 'smart chip' 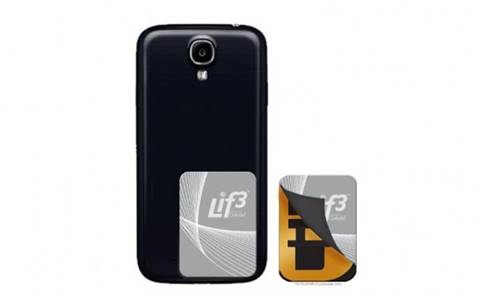 Lif3 Global, a Queensland-based distributor of radiation-blocking smart chips for mobile phones that were sold in Harvey Norman, hit the wall after the supplier pulled the pin on their partnership.

Lif3 was founded in 2016 and claimed its smart chip was the “most advanced scientifically proven” solution to reduce mobile phone radiation, with a specific absorption rate (SAR) reduced by up to 95 percent.

The chip is sold within a sticker that is placed at the rear casing of a smartphone, with variants that are specific to specific phone models like the iPhone and Samsung's Galaxy flagship models.

It secured deals with Harvey Norman, The Good Guys, Shaver Shop and other retailers, with its products retailing from $49.99 to $69.99.

The nail in Lif3's coffin came just 18 months after its launch when Cellsafe, the Australian manufacturer of the smart chips, terminated its distribution agreement because the distributor was unable to pay for its next shipment of stock.

Shortly before the payment deadline of 30 November 2016, Lif3 Global only had $763.80 in its bank account, the administrator found.

Lif3 spent big on advertising campaigns, with one featuring actress Rebecca Gibney. It also partnered with The Ponting Foundation, where $1 would be donated by the company for each smart chip sold.

Lif3 attempted to diversify into wearables with Striiv Fusion wristbands to offset trading losses, but this strategy failed to generate much-needed profits, which the administrator said was due to competition with market leader Fitbit.

The distribution agreement with Striiv had been terminated prior to the administrator’s appointment.

CRN reached out to Lif3's former directors, the administrator and the founder of Cellsafe, but received no response at the time of writing. Several Lif3 websites all now redirect to Cellsafe.

End of the road

It was determined that Lif3 Global should be placed into liquidation, which administrator Boyle expected would recover somewhere between $35,874 to $39,374.

That's nowhere near the approximate debt of $1.45 million to $3 million, which includes liabilities to employees, unsecured creditors, statutory creditors and PPSA security interest.

The debts include million owed to related parties, including $1.3 million to former CFO and director Michael Adams, $644,025 to Lif3 Australia and $83,131 to health services company Sleep Science Australia.

There are also yet to be determined debts to Fullworkz Global (also currently in liquidation), Lif3 Canada and Sleep Science New Zealand.

The administrator, however, said he was unclear about the exact relationship between Lif3 Global and wholly-owned subsidiary Lif3 Australia, which is in liquidation.

“There have been transactions between [Lif3 Global] and these related entities that may have resulted in a debt owing to the company,” the report said.

“However there is no debt recorded in the Xero accounts and further investigations will be required to ascertain whether there is in fact an amount due to the company from these entities.”

There’s also uncertainty of when Lif3 became insolvent, opening the possibility that it traded while insolvent.

The company sustained itself through loans that continued until August this year, as well as through a share issue in April that helped raise $2 million.