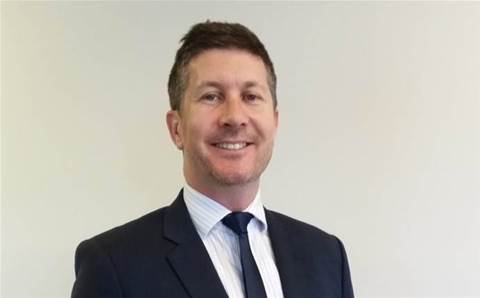 Many Australian businesses forked out to save their data from CryptoLocker attacks last year. Small businesses reported $1.6 million in losses from scam activities in the first half 2016, according to the ACCC. The consumer watchdog said that most of 2015 scams were aimed at small businesses involved false billing, overpayment and ransomware.

As attacks become more sophisticated with time, ransomware has became a very lucrative business for attackers.

After working with several Australian business who suffered these attacks, eNerds realised there had to be a better way to prevent downtime and detect infections. The MSP developed CryptoShield, a package of the company's own solution CryptoAlert combined with advanced threat protection solutions from Symantec and Webroot.

CryptoAlert notifies eNerds of any infection at an end user device as it happens. The alert is immediately logged with eNerds' Network Operations Centre, allowing the MSP to remove the device off the network and contact the end user.

CryptoShield minimises the CryptoLocker attack as less files become encrypted once the device is immediately removed from the business network. According to eNerds, this also means less downtime for customers.

The solution was built using services available on the Microsoft Server platform and eNerds' own custom development.

CryptoShield is offered on a monthly software-as-a-service basis. The solution comes in four packages: basic, advanced, premium and custom.

The MSP initially offered the solution to its 100 existing customers and had 100 percent customer purchase.

The next step is to target new vertical markets in order to grow its monthly recurring revenue.

Warner said that CryptoLocker infections dropped considerably, with downtime being reduced by over 50 percent for CryptoShield users.

Angie Dean, practice manager at Aitken Lawyers, said: "When we engaged eNerds we were looking for more proactivity and advice to reduce downtime which is extremely important for a law firm. We had experienced Ransomware and Cryptolocker which we had been infected with on more than one occasion and it was taking up to two days to resolve.

"After eNerds installed the detection product CryptoAlert as part of the CryptoShield package, our infection restoration time dropped considerably to hours instead of days. With the prevention products included in CryptoShield our incidence of being infected in the first place has reduced dramatically," Dean said.

eNerds invested $5000 in the solution and has already seen a return on investment with $15,000 per month in additional revenue.

"We were able to achieve a staggering 24x ROI which greatly improved our company’s EBIT results," Warner said.