Engin brings TiVo down under 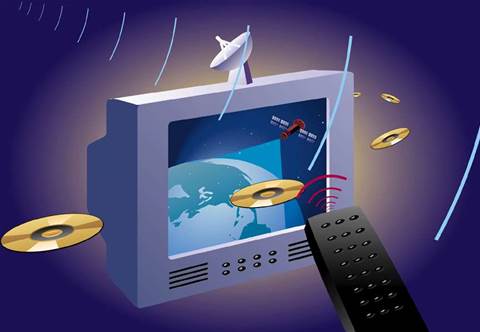 Australian broadband supplier, Engin will be responsible for bringing the much talked-about TiVo Personal Video Recorder (PVR) to Australia early next year.

It will be the first time the technology has entered the local market since taking the USA by storm.

Engin has also entered into a commercial agreement with Optus that will see the supplier offer high-speed ADSL2+ broadband – through a wholesale agreement with the telco – which will ensure its customers are better equipped to take advantage of TiVo’s content services.

TiVo allows users to capture free-to-air television on a hard disk drive for later viewing, and also includes smart programming features such as ‘season pass’ which will record an entire season of a chosen television season, regardless of programming changes.

Talk of TiVo’s launch coincides with the Federal Government’s proposed plans to roll-out a high-speed fibre-to-the-node broadband infrastructure, which will reach 98 per cent of Australians.

“Improving the quality of broadband in Australia is of paramount importance to Engin. Any improvement of this infrastructure will be a further possibility for us and for TiVo,” Engin CEO, Illka Tales, told iTnews.

The combined launch of TiVo and Engin’s first broadband internet service is a strategic move for the telco, which now classes itself as a ‘triple-play’ provider, offering voice (VoIP), TiVo (content) and internet access, all via a high-speed connection.

Engin will exclusively manage TiVo’s retail distribution, enhancing Engin’s current reseller relationships, according to the company. Engin will also organise product development and marketing and advertising of the brand, and coordinate the TiVo Australia website.

TiVo set-top boxes will need to be re-engineered for their Australian launch, as the local market works on a PAL standard, unlike the USA.

“A lot of effort goes into a deal of this nature – it’s quite complex. We’ve been working fairly hard putting it all together,” said Tales.

Engin currently claims a 40 per cent share of the consumer voice market in Australia, and plans to make a major dent in the PVR and content market when it launches TiVo in the first quarter of 2008.

“In the USA, TiVo’s major competitors are the cable companies. But while we see a number of different PVR-sellers in Australia, all the major ones in the USA are migrating to the TiVo platform,” said Tales.

“We are going to drive mainstream adoption of TiVo into the digital home – this is our focus. TiVo offers many features above the average content provider, including the ‘wish list’ feature which allows users to punch in their preferred genre and TiVo will record shows of the genre, along with an EPG (electronic programming guide) direct from the free-to-air channels themselves.”

The only other EPG service in Australia at the moment is supplied by IceTV, which is bundled on a subscription basis with Topfield-branded PVRs and set-top boxes.

Topfield is also working on a content service that is set to rival TiVo, according to managing director Jai Kemp, and the launch will coincide with TiVo’s new-year roll-out.

Grabbing the hybrid cloud opportunity with Lenovo and Azure Services
By Staff Writers
Jun 13 2007
7:00AM