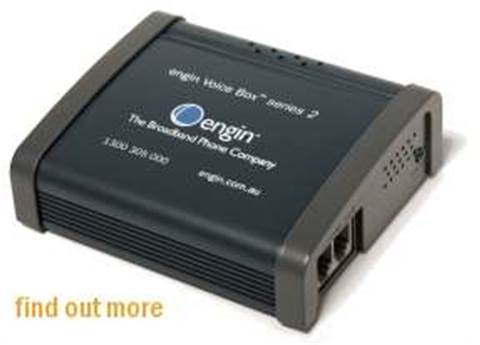 According to the Australian Financial Review ,Engin, who once boasted excellent customer numbers and share prices have fallen on hard times recently with recent financial losses totalling over $29 million in the last two years.

Could Naked DSL be their saviour?

To counter the losses, the AFR reports Engin are pushing forward with a unique expansion plan that would see them selling broadband services, namely Naked DSL products to customers. This would pitch them directly against the likes of iiNet, Internode and Gotalk.

As a specialist VOIP provider, an ADSL offering could significantly help Engin in attracting a greater customer base, as most Naked DSL products are now bundled with highly competitive VOIP services.

Standalone VOIP services such as Skype are already free and well enough established to make companies like Engin seem slightly outdated and even costly by comparison.

This could be good news for the embattled company, as it looks to expand under the direction of the Seven network, who recently increased their stake in the company to 58%, even as rumours persist that Engin are likely to be sold as part of a Seven network cleanup.

Engin’s Naked DSL service is expected to be operational in the next few months. Our Naked DSL buyers guidehas more details if you’re interested in choosing a Naked DSL plan.