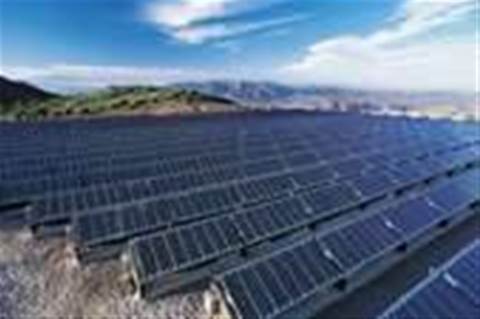 Apple and Facebook’s ‘green’ investments in solar-powered data centres do little more than keep the lights on, according to Amazon Web Services engineer James Hamilton.

Hamilton picks on Facebook’s new data centre in Prineville, Oregon, on the US west coast, and Apple’s “iDataCentre” in North Carolina, on the east coast.

He uses the two examples to question whether solar power really can provide the answer to problem of carbon emissions the IT is responsible for.

Data centres account for around 2 per cent of global electricity consumption, according to a 2011 Greenpeace study.

“I love solar power, but in reflecting carefully on a couple of high profile data centre deployments of solar power, I’m really developing serious reservations that this is the path to reducing data centre environmental impact,” Hamilton noted on his personal blog.

He noted that Facebook’s 100 kilowatt solar array was installed at a 25 megawatt facility.

“Even though this is actually a fairly large solar array, its only providing 0.4 percent of the overall facility power,” Hamilton said.

“It might run the lights in the datacentre but it has almost no measurable possible impact on the overall energy consumed."

“Although this is pointed to as an environmentally conscious decisions, it really has close to no influence on the overall environmental impact of this facility.

"As a point of comparison, this entire solar farm produces approximately as much output as one high density rack of servers consumes. Just one rack of servers is not success, it doesn’t measurably change the coal consumption, and almost certainly isn’t good price/performance.”

Apple’s “absolutely massive” iDataCentre in North Carolina on the other hand would produce an estimated 78 megawatts of total power, and Hamilton said it may have the scale for solar to “work economically”.

But if a solar array was to provide all the power required at Apple’s data centre, it would need to be about 25 times larger - or 16,815,450 square metres, which would be translate to 2,802 standard rugby league football fields.

Grabbing the hybrid cloud opportunity with Lenovo and Azure Services
By Liam Tung
Mar 23 2012
8:26AM