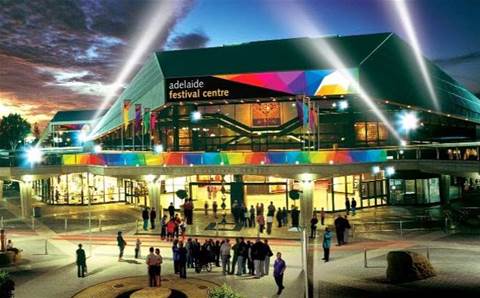 Ensyst announced that it is transitioning Adelaide Festival Centre’s in-house platforms and applications into a hybrid cloud, leveraging Microsoft Azure and Office 365.

Ensyst, which was acquired by Optus in December 2014 and delivers Microsoft-focused professional and managed services, will also provide ongoing IT service desk delivery support for the Microsoft cloud environment.

Hybrid cloud was the obvious choice, according to Adelaide Festival Centre chief operating officer Carlo D’Ortenzio: “We needed a platform capable of rapidly scaling up and down to meet demand and which was accessible from a range of devices. However, it also needed to remain compliant with government legislation.”

Ensyst’s agreement with Adelaide Festival Centre runs for three years. The value of the deal was not disclosed.

The Adelaide Festival Centre is one of the first government agencies in South Australia to adopt Optus Business cloud services as its main IT sourcing option.

"Partnering with Adelaide Festival Centre to enable its technology and business strategy is an opportunity to demonstrate to other government agencies what is possible by leveraging new technology platforms, like cloud," said Optus Business managing director John Paitaridis.

Optus Business has signed three-year contracts with other two government agencies in the past year, the Department of Immigration & Border Security in November 2015 and ATO in April 2015.

The move to cloud is part of the $1 billion Adelaide Riverbank Precinct upgrade, with $90 million being invested in the redevelopment of the Adelaide Festival Centre.

"Ensuring that visitors can interact with the Festival Centre will be critical to the successful activation of the plaza," said D’Ortenzio.

"Our patrons increasingly want to interact with us online, and the agreement with Optus Business allows us to seamlessly and efficiently develop digital solutions meeting that need."