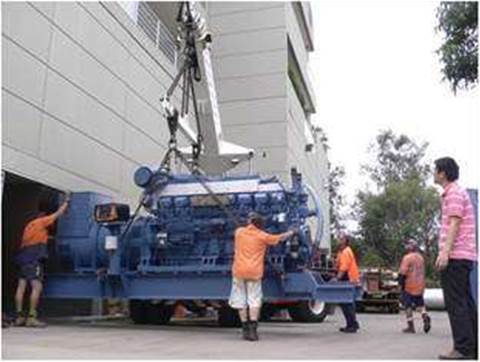 Enterprise Data Corporation (EDC) has fast-tracked the expansion of its Sydney data centre 1 facility, pulling in an additional 5.7MW of power and planning construction of a new modular data hall.

The company is four weeks into the power upgrade and is currently having cables laid to the data centre, which is located in Sydney's Norwest Business Park.

Chief executive officer Jude Jacobs said that the company has now also purchased adjoining land, where it plans to build out modular data halls 1000 square metres at a time.

The first modular hall is due to go live at about July next year.

Jacobs said the power upgrade would support higher density racks within the existing data halls as well as the new modular halls as they are rolled out.

He said a surge of business in the past four months had prompted the fast-tracking of upgrade plans.

EDC revealed earlier this year it planned to build new data centres in Sydney (to be called 'Sydney data centre 2') and Melbourne at a cost of $350 million.

"The Sydney Data Centre 1 is for clients that require under 500 square metres and co-location type clients," he said.

"The bigger building [in planning] is more for clients that require more than 500 square metres, and they tend to be a bit more demanding with their design and individual requirements."

EDC has already started adding plant to support the buildout of Sydney Data Centre 1 on the adjoining land, adding a genset (see picture).