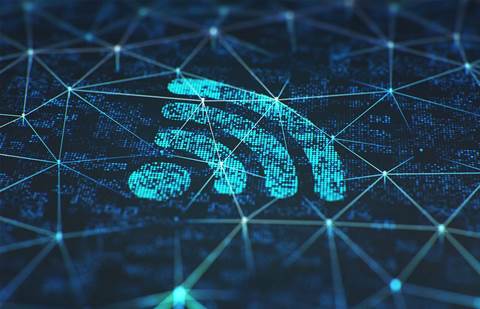 The enterprise WLAN market has grown 19.6 percent year-over-year in the second quarter of 2021, beating the overall Asia Pacific (excluding Japan and China) rate of 11.1 percent, according to new research from IDC.

This is slightly lower than the global 22.4 percent growth rate, which grew to reach US$1.7 billion in the quarter. Conversely, the worldwide consumer WLAN market declined 5.7 percent, year-over-year.

The People’s Republic of China saw the highest rate of growth for enterprise WLAN at 57.9 percent growth.

Enterprise demand for WLAN has remained strong, the analyst firm said, as this growth builds on a strong first quarter of 2021 when revenues increased 24.6 percent year over year. For the first half of 2021, the market increased 23.5 percent compared to the first two quarters of 2020.

While wi-fi 6 products are gaining in popularity in the consumer market, up 24.5 percent in the second quarter compared to 20.3 percent in the first, wi-fi 5 APs still make up 64 percent of both revenues and shipments.

"The enterprise WLAN market showed strong growth in the second quarter of 2021. On a macro level, economies around the globe continue to re-open as vaccines are rolled out, causing organizations to consider their enterprise connectivity needs," said IDC network infrastructure research manager Brandon Butler.

"Wireless local area networking remains one of the most important technologies for enterprises to provide seamless connectivity, with enterprise-grade security, management, and assurance."

In terms of vendors in the enterprise WLAN market, Cisco's revenues increased 6.1 percent year over year in 2Q21 and it remained the market share leader with 38.4 percent share, although this is down from 44.3 percent in Q2 2020.

Huawei had the greatest revenue increase at 72.6 percent year over year, and saw market share grow to 8.6 percent from 6.1 percent. 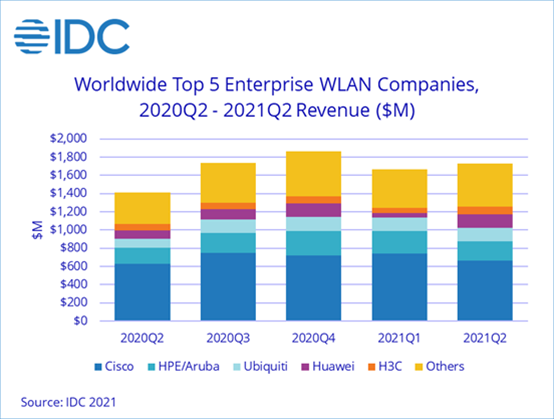