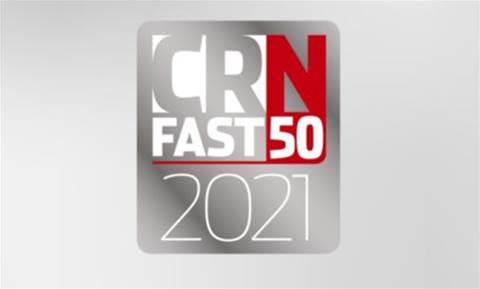 Celebrating the fastest growing companies in the Australian IT channel, the CRN Fast50 is the best way for Australian systems integrators, MSPs and VARs to showcase their performance in the 2020/21 financial year.

The competition is judged on growth percentage alone and applicants must submit verified documentation to support their claim. Entries are open to Australian SI's, MSPs, VARs and ISVs which have been trading for more than three years.

For each of the top ten in 2020, the recognition of being in the Fast50 was a stake in the ground to show the competition and customers they were a force to be reckoned with.

“It’s a tick that means a lot,” said David Pretorius, founder of Launceston-based Eaglecrest Technologies, which placed tenth in the list.

He described the gong as great recognition for all the hard work the company had put in over the previous financial year.

Ben Shipley, Comscentre founder, said it was great to be recognised for the growth and success the company had achieved.

“Anything that shows recognition is a very important part of [developing] the culture of a business.

Similarly, Iman Eftekhari Agile Analytics founder, said he was “absolutely thrilled” to be placed in the Fast50 after achieving eighth place.

“It is very important for companies of our size to have such high growth, and we always have growth targets which we are looking to achieve.

For new entrants in the competition like seventh place Fyrtarn, the Fast50 placement was great recognition and allowed the company to compare itself to others in the market, according to founder Andre Sole.

For others like Layer 8 Networks co-founder Ben Brockliss, the placement was reward for the “slog running your own business”.

“It is great fun, we have learned a lot, but it is good to look back and measure ourselves against the goals we set.”

To showcase your company's success in FY21 enter the CRN Fast50 2021 here.

Eliminating departmental friction within MSPs
By Staff Writers
Oct 6 2021
7:03AM