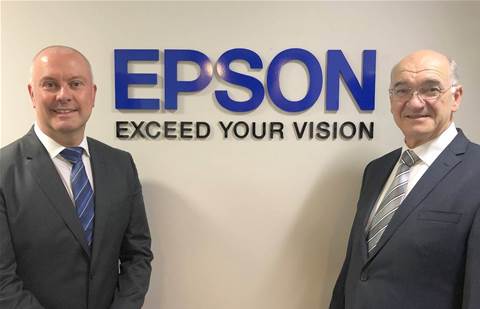 Epson Australia and New Zealand managing director Bruno Turcato has stepped down from the role after 16 years to retire.

General manager for sales and marketing Craig Heckenberg was promoted to replace Turcato, officially turning over the role upon Turcato’s departure in September 2019.

Turcato concludes a 30-year stint with the printing vendor, joining as a financial controller before becoming the first non-Japanese managing director of any Epson subsidiary in 2003.

In a press release issued today, Heckenberg said, “I would like to take this opportunity to congratulate Bruno on his amazing 30 year career at Epson. His leadership and presence will be sorely missed by the entire Epson family and we wish him all the very best in retirement.”

Heckenberg joined Epson in 2000 where he worked in various management roles before being named general manager for sales and marketing in 2015. Prior to that, he also worked in various printing sales roles at Oce Australia, Focal Point Computing and Mitsui Computer.

“I am humbled and extremely grateful to be given such a wonderful opportunity to lead an amazing organisation which has the best people, products and technologies,” Heckenberg said.

“... I am very excited about the company’s future. I am particularly looking forward to creating a new era for Epson in the ANZ region.”