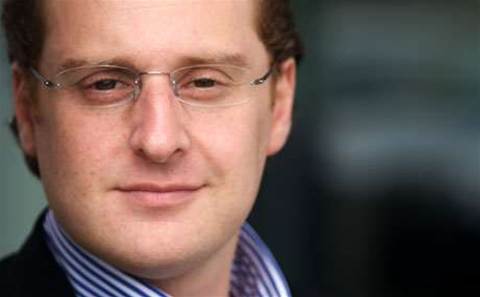 Equinix has promoted its top selling salesman to the role of country manager in Australia, the co-lo provider has announced.

The appointment follows the departure of former MD Tony Simonsen, who left the company in March to take on the role of managing director for networking vendor Avaya.

Jeremy Deutsch, Equinix's new country manager, was the third Australian employee at Equinix in 2001 and has since tripled the size of the company’s local sales team.

The company now serves 450 customers from three data centres in Sydney, with a new facility soon to open in Melbourne.

Deutsch was promoted after ranking as the company’s top selling salesman in the Asia Pacific region for three consecutive years.

During close to a decade with the company he said he had learned a good deal about facilities management, and understood the systems availability imperatives of customers.

“It’s important that this is recognised and prioritised as a country manager,” he said.

Deutsch told iTnews he would continue to promote the Equinix “network effect” - attracting customers to co-locate with telco and managed IT providers within the same facility - whilst simultaneously attracting service providers with the promise of a “ready set of customers”.

“We are creating the chicken and egg at the same time,” he said. “The biggest difference with our sales model is with every new customer we can benefit the customers we’ve already got.”

Deutsch’s first priority will be the launch of Equinix’s first Melbourne data centre, for which carrier Vocus is currently the only publicly referenced customer, along with selling space in the third phase of the SYD3 facility.

Further afield, Equinix’s local operations will hope to gain the same ‘network effect’ success with the local Microsoft Azure cloud as it has enjoyed with Amazon Web Services. Equinix hosts Azure in 16 locations internationally, but has not announced publically whether Australia will be added to that list.

“At this stage, the [Azure] relationship is predicated on what’s happening in the US,” Deutsch said.

Grabbing the hybrid cloud opportunity with Lenovo and Azure Services
By Brett Winterford
May 21 2014
12:25PM