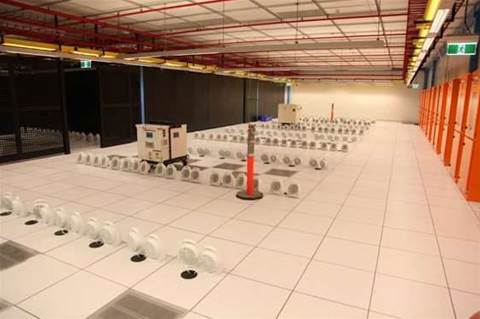 The second phase of SYD3, which was scheduled to go live for customers by March 2013, will now be available by September 2012, according to the data centre company’s Australian managing director Tony Simonsen.

The company will spend US$50m on the expansion - slightly less than the $77 million spent on stage one of the same building.

As detailed in iTnews' Power Panel report last month, the second phase of SYD3 offers an additional 1000 cabinets (on top of 1000 existing cabinets in Phase One) spread across 2225 square metres of server room floor space, served by 4MW of additional power capacity. It will be protected by four 2.2 MW generators.

“We have secured approval, got the funding and we’re going,” Simonsen told iTnews today.

Simonsen said that over 60 customers signed on to take up space in stage one of SYD3.

The company has held discussions with several large financial services organisations and cloud computing providers to pre-commit to large chunks of the second phase of the facility.

But he would not be drawn on naming new customers.

AWS has a policy of not disclosing where it hosts its services, and Simonsen said he could not confirm or deny any new customer.

Simonsen said the only SYD3 customers that could officially be named are alternative stock exchange Chi-X, Australian-born cloud service provider OrionVM and managed IT services firm Brennan IT.

Grow your software revenue by selling these 5 affordable, essential tools for the modern workplace
By Brett Winterford
Apr 3 2012
2:14PM