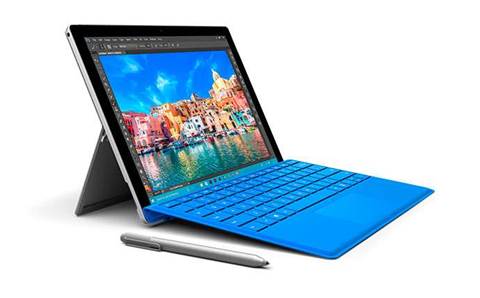 Sydney-headquartered IT services providers Ethan Group has rolled out more than 6,000 Microsoft Surface Pro 4 devices to the Department of Human Services.

Three separate contract notices value the combined deal at $13.8 million. While the individual models weren't specified, an entry-level Surface Pro 4 with 128GB storage and 4GB memory starts at $1,349, going all the way up to $4,199 for the top-spec model, which boasts 1TB hard drive, Intel Core i7 and 16GB RAM.

The reseller is no stranger to major end user device projects for government. In May, it deployed a fleet of 3,300 iPad Air 2 devices to the Australian Taxation Office in a deal valued at $3.2 million.

A department spokesperson told CRN the devices were purchased under the Department of Finance's whole-of-government desktop hardware panel, with Ethan Group the preferred panellist at the time.

The panel was established in 2010 as the centrepiece of the department's co-ordinated procurement scheme. Federal government departments are required to procure hardware from one of the panel members, who have agreed to pricing provisions in exchange for membership.

It's credited with bringing the average price paid by the government down from 55 percent above the Australian benchmark to 50 percent below it.

Ethan Group is a major device supplier to federal and state government departments. According to founder and executive director Tony Geagea, 40 percent of Ethan's annual revenue comes from government contracts.

The company is also a member of the CRN MVP club, with a broad sweep of top-tier vendors partnerships across the likes of Cisco, Citrix, Dell, HPE, HP Inc, Lenovo, Microsoft and Symantec.