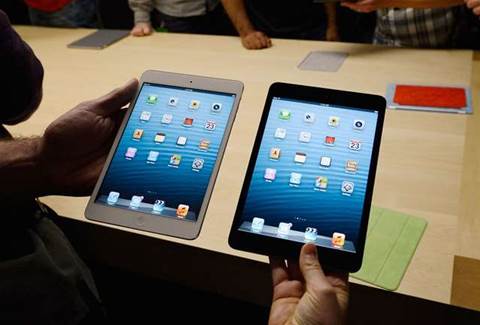 Ethan Group has been asked to supply 4,445 iPads under contracts totalling $3.9 million with the Australian Taxation Office (ATO) since October last year.

The big Apple order includes a contract for the supply of 1,445 iPads announced last month - a contract worth $1.27 million.

In each case the ATO has chosen to buy the Apple iPad Air 2 64GB, with one contract notice specifying wifi and cellular connectivity. Every ATO executive at level 1 and 2 will be offered either an iPad or iPhone for work purposes, an ATO spokesperson said.

The ATO spokesperson said staff had indicated that technology enhancements would be the most effective change the ATO could make to improve their effectiveness and support work-life balance. Staff will be given an option as to whether they get a device.

The ATO wanted to become a “contemporary and future-oriented organisation” as well as improving the staff experience, the spokesperson added. A key priority is more flexible working arrangements for executive leaders.

Apple has been making efforts to push into the enterprise market through its partnership with IBM. One of the first deals in Australia to officially result from the alliance was announced recently, with 550 iPad Air wifi tablets being sold to a Tasmanian school.

Other large iPad rollouts include hundreds of Apple tablets earmarked for police in Queensland and other states over the last 12 months, while the University of Western Sydney has also been providing thousands of iPads to students and staff.

Since December last year the company has also joined the exclusive list of Australian Authorised Surface Resellers - a title it shares with only 14 other resellers.