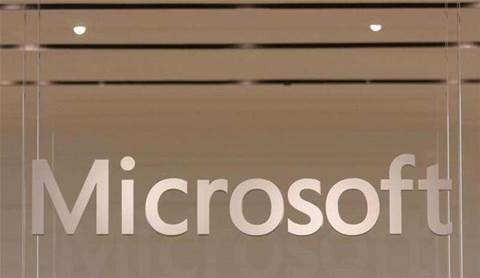 The European Union fined Microsoft Corp 561 million euros ($A711m) on Wednesday for failing to offer users a choice of web browser, an unprecedented sanction that will act as a warning to other firms involved in EU antitrust disputes.

It said the U.S. software company had broken a legally binding commitment made in 2009 to ensure that consumers had a choice of how they access the internet, rather than defaulting to Microsoft's Explorer browser.

An investigation found that Microsoft had failed to honour that obligation in software issued between May 2011 and July 2012, meaning 15 million users were not given a choice.

It is the first time the European Commission, the EU's anti-trust authority, has handed down a fine to a company for failing to meet its obligations.

While the sanction is sizeable, representing 1 percent of Microsoft's 2012 fiscal-year revenues, the Commission could have charged the company up to 10 percent of its global revenue.

"If companies agree to offer commitments which then become legally binding, they must do what they have committed to do or face the consequences," Joaquin Almunia, the EU's competition commissioner, told a news conference.

"I hope this decision will make companies think twice before they even think of intentionally breaching their obligations or even of neglecting their duty to ensure strict compliance."

Microsoft said it took full responsibility for the incident, which it has blamed on a technical error. The board cut chief executive Steve Ballmer's bonus last year partly as a result.

The company did not say whether it would challenge the ruling, but it is not expected to do so, largely so as not to antagonise regulators.

"We have apologized for it," Microsoft said in a statement.

"We provided the Commission with a complete and candid assessment of the situation, and we have taken steps to strengthen our software development and other processes to help avoid this mistake - or anything similar - in the future."

Almunia said regulators may have made a mistake by allowing Microsoft to police its own behaviour instead of appointing an external trustee to ensure compliance with the commitments.

WARNING SHOT TO GOOGLE, OTHERS

Microsoft's fine is a good example of the Commission's hard line approach towards companies which disregard rules whether deliberately or not, said Charles Whiddington, a partner at London-based law firm Field Fisher Waterhouse.

"The implications for companies going forward is that they must be more rigorous in complying with any agreement with the Commission, which does not take prisoners for infractions," he said.

Wednesday's fine brings the total of EU fines issued against Microsoft over the past decade to more than 2.2 billion euros ($A2.79bn) , making it the world's worst offender of EU rules.

While the charge could have been higher, it still marks a firm sanction and will be carefully noted by the likes of Google, which is involved in a dispute with the Commission over how it ranks search engine results.

Google is under pressure to offer concessions to prevent the Commission moving to the next stage in the case, which could involve fines. Other major technology firms such as Samsung Electronics are also under investigation.

Wednesday's decision is expected to help Microsoft draw a line under its troubles in Europe as it gears up for an intensified battle against Google. Microsoft is one of the complainants in the EU's investigation into the search giant.

Relations between the EU's antitrust body and Microsoft have frequently been tense. In 2004, the Commission found that the firm had abused its dominant market position by tying Windows Media Player to the Windows software package.

In 2009, in order to resolve other competition concerns, Microsoft undertook to offer users a browser choice screen allowing them to download a browser other than Explorer.

The Commission made that obligation legally binding for five years, until 2014, and initially the company complied. From March 2010 until November 2010, 84 million browsers were downloaded via the screen, the Commission said.

But the Windows 7 service pack 1 rolled out between mid-2011 and mid-2012 failed to offer the choice, leading to the investigation that resulted in Wednesday's fine.

In calculating the fine, the Commission said it had taken into account that Microsoft had cooperated by providing information that had helped speed up the investigation.

Analysts always found it odd that Microsoft would have purposefully failed to offer a choice of browsers via its software given that the potential fine for such a failure would far exceed any potential income from not offering it.

Microsoft's share of the European browser market has more than halved since 2008 to 24 percent. Google's Chrome has a 35 percent share, followed by Mozilla with 29 percent, according to Web traffic analysis company StatCounter.