Everything Microsoft announced at the 2019 Surface event 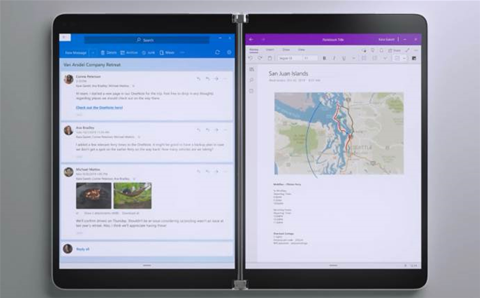 Microsoft showcased its vision for the future of its Surface lineup Wednesday, unveiling a new Surface Pro form factor and teasing dual-screen Surface devices that are more than a year away from launching.

The company also debuted updates to its existing Surface Pro and Surface Laptop lineups along with wireless Surface Earbuds. Microsoft's Surface launch event in New York on Wednesday was one of the biggest product launches of any vendor this year, said Patrick Moorhead, president and principal analyst at Moor Insights and Strategy.

The dual-screen Surface Neo and Surface Duo are promising, while the new Surface Pro 2-in-1 form factor—the Surface Pro X—is also "super exciting because that form factor is the direction that the industry is headed right now," Moorhead said.

What follows are six big announcements from Microsoft at the company's 2019 Surface launch event. 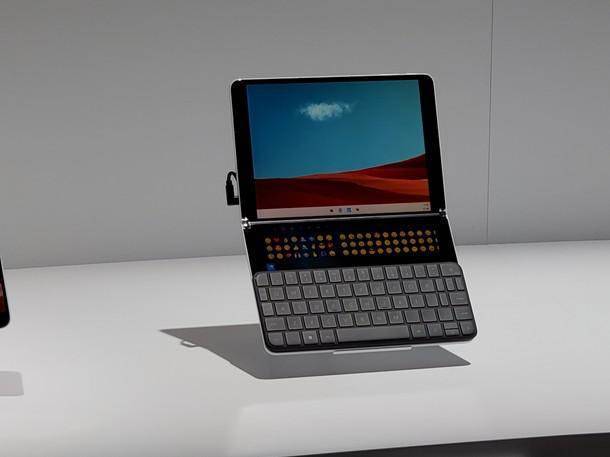 The Surface Neo will include dual 9-inch displays that can fold 360 degrees. The device will run a new version of Windows 10—Windows 10X—which is "designed and optimised for dual-screen devices," Microsoft said. ​

The device can work with a pen and keyboard that both magnetically attach to the displays, Microsoft said.

Each side of the Surface Neo will measure 55mm thick—with the Neo featuring the "thinnest LCD ever created," according to Microsoft. The device will weigh just 653 grams.​

The Surface Neo is slated for release in the holiday 2020 timeframe.​ Microsoft executives said the company is publicizing it so far ahead of time so that developers can begin working on applications for it. The new version of Windows 10 designed for dual-screen devices, Windows 10X, will be launching in the fall of 2020, Microsoft said.

The company touted capabilities such as taking notes on one screen and reviewing a project proposal on the other screen while in transit.

"For our commercial customers, we think this experience appeals to mobile professionals who want a device that can keep up when they’re on the go," Microsoft said in a blog post. "We see these people looking at multiple charts and data at the same time to study complex problems or viewing a presentation on one screen while on a call and seeing the meeting participants in full video on the other, or having a reference article open while commenting on a document."

Microsoft also promised there will be "practically no learning curve" for users of Windows 10X.

"The navigation and functionality will feel familiar and a Windows 10X PC will feel like a natural member of today’s Windows 10 family," the company said in the post.

The operating system also features advancements in core Windows technology to "optimise it for flexible postures and more mobile use," Microsoft said. For instance, the operating system is focused on enabling strong battery life across two screens, with the ability "to manage the battery effect of our huge catalog of Windows apps, whether they were written in the last month or five years ago," the company said.

Along with the Surface Neo, Windows 10X will be available on devices from HP Inc., Dell, Lenovo and Asus. "The first wave of devices will vary in size, design and specs, and be powered by Intel," Microsoft said. The Surface Duo will run Android and can serve as a phone in addition to a smaller dual-screen tablet. The Duo features a pair of foldable 5.6-inch displays—connected by a 360-degree hinge—which provides 21cm of screen space when unfolded. Microsoft has been working closely with Google on the device, Microsoft Chief Product Officer Panos Panay said.

While phone functionality is included, Panay indicated that Microsoft itself will be shying away from describing the Surface Duo as a phone.

Like the Surface Neo, the Surface Duo is scheduled for release in the holiday 2020 timeframe.​

"I'm not shocked that they're getting back into the smartphone [category]," Moorhead said. "The time is right. Android has gotten more mature, the UI is good. We'll no longer be having these debates about whether a Microsoft phone might have the right apps or not." The Surface Pro X introduces a new form factor to the Surface Pro line, with a 13-inch display in a 12-inch chassis and a thickness of just 53mm, Microsoft said. The new Surface Slim Pen is housed inside the top of the detachable Type Cover keyboard, and recharges while inside the Type Cover.​

The Surface Pro X will be priced starting at $1699. Pre-orders begin today, and the device will be available on 5 November.​ Microsoft also announced the latest model to come in the standard Surface Pro form factor. The Surface Pro 7 will move up to quad-core, 10th-gen Intel processors that make the device 2.3X faster than the Surface Pro 6, Microsoft said. Other notable updates include the first-ever addition of USB-C connectivity (the tablet also retains a USB-A port). Key features include fast-charging capabilities (up to an 80-percent charge in just over an hour), a 12.3-inch display with 267 ppi and up to 10.5 hours of battery life.

The Surface Pro 7 will be priced starting at $1249. Pre-orders begin today, and the device will be available on 22 October.​ Microsoft announced an update to its clamshell laptop with the Surface Laptop 3. The notebook will now come in a 15-inch size in addition to a 13.5-inch model. The 13.5-inch model will feature a quad-core Intel "Ice Lake" processor (from Intel's 10th generation)—which makes it twice as fast as the Surface Laptop 2, Microsoft said. The 15-inch model will be available as a consumer model with an AMD Ryzen “Surface Edition” processor, and as a commercial model with 10th-gen Intel processors.

Other key features include a machined aluminum finish, a 20-percent larger trackpad and improved serviceability with a removable hard drive.​