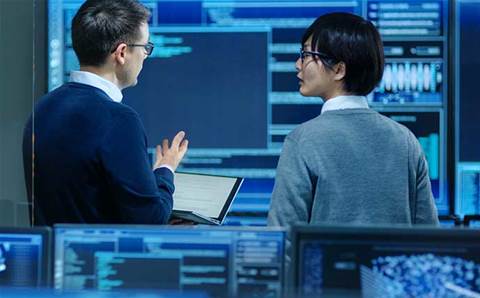 Former member of hacker group Anonymous Adam Bennett is setting his eyes on small and medium businesses with a unified threat management platform, which he says is Australia's first.

The product enables network administrators to manage their security defences from one device instead of using multiple single-function appliances.

Bennett, who was was arrested in 2014 on suspicion of hacking a handful of Australian websites, was handed a suspended two-year jail term in 2016.

He pleaded guilty to infiltrating and defacing a number of websites in 2012, with the assistance of a NSW teenager dubbed 'Juzzy' as part of Anonymous' global Guy Fawkes Night campaign. Bennett was then known through his online pseudonym “Lorax”.

The Perth judge who handed down the sentence, Justice McCann, was highly critical of Bennett and labelled him a "creep" and an "immature pest" at the time.

“Red Piranha and Crystal Eye were born out of frustration. SMBs lacked time, money and understanding of the overwhelming security solutions in the market,” Bennett said.

“So we set out to build an affordable, easy to use product that went against having multiple security systems.”

The company said Crystal Eye was designed and built in consultation with the managed service provider (MSPs) community. Red Piranha also works closely with AustCyber to identify and address gaps in the cybersecurity market.

“We congratulate Red Piranha on being a strong contributor to the growth of the Australian cyber security sector and wish them luck with the launch of Crystal Eye.”

Cloud application revenue made easy
By Nico Arboleda
Jul 12 2018
7:00AM