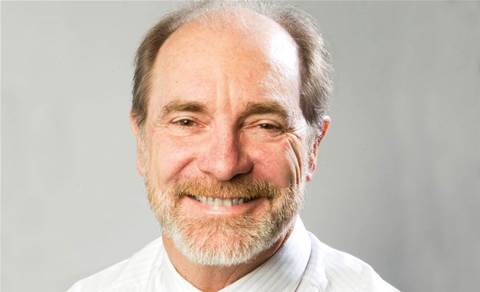 Grant is expected to lead the board and work closely with FirstWave’s executive team in the first half of the 2020 financial year, and will transition to non-executive chairman in the second half.

“It is rare that an Australian technology company can find a place in the world,” Grant said.

“While such success never comes easily or as early as hoped, with the continued support of shareholders, my view is that FirstWave really does have such an opportunity.”

Grant added that FirstWave fills a niche that is not easily replicated and “solves a problem as yet unsolved for vendors, telcos and systems integrators around the world”.

“The advances it has made in the last year to build out its organisation with the best people globally and with new partners that have access to global markets provide the foundation for sustained growth in FY2020 and beyond. I’m very excited to be on board,” Grant said.

Grant was managing director of Brisbane-based Data#3 from 1996 to 2015, and remains one of its major shareholders. He also became the inaugural chair of the Australian Rugby League Commission from 2012 to 2018, and also holds board seats with UniQuest, the University of Queensland’s commercialisation company, and Stadiums Queensland.

Outgoing board chairman Sam Saba said welcoming a new director of Grant’s calibre is “tremendous for the company and for shareholders”.

“That John has agreed to act as executive chair in the short term is very good news for CEO David Kirton and his executive team,” Saba added.

“Based on the success we have had during FY19 to build out the Company’s footprint globally and the opportunity this represents in FY2020 and beyond, and the new skills we have at the table, the company is well positioned to capitalise on its potential.”

Grabbing the hybrid cloud opportunity with Lenovo and Azure Services
By Nico Arboleda
Jun 28 2019
10:46AM