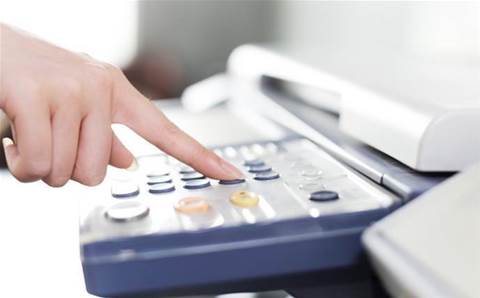 Two former Fuji Xerox agents have launched Cable Blu, a print management and IT support service startup with a focus on small business in Melbourne and Adelaide.

The company is led by Rick Buscombe and Tim Hoffman, who both left Fuji Xerox Australia along with at least four other master agents late last year.

The startup caters to businesses with between one and 100 machines and offers a "productivity-driven, affordable and highly-personalised service that is guaranteed by unique 'money back' guarantees".​

Cable Blu said it sought to “put the customer first” and stray from the “flabby, slow processes of corporate policy”.

“We are brand agnostic, so we give companies an unbiased view across their print and copiers. At the same time, we help to manage or even run your IT,” Buscombe said.

“We also don’t force sales-centric upgrades on customers. Why throw out old tech for a new gizmo just to meet someone else’s sales objectives? We don’t agree with that approach.”

Hoffman said Cable Blu wanted companies to "challenge the way they are doing things”. "We’re questioning the norm; don’t stay embedded with a particular manufacturer: there are alternatives," he added.

"It’s all about getting the best outcomes and efficiencies for our customers, but if the ROI isn’t shown for the customer, we won’t pursue it. We show the customer whether a solution is worth it – or not.”

Fuji Xerox saw an exodus of master agents like Buscombe and Hoffman last year. CRN at the time reported that at least half a dozen master agents had parted ways with the printing manufacturer amid overly aggressive targets and customer support moving offshore.

The exodus saw some agents severing ties after decades of partnerships while others did not have their contracts renewed.

Fuji Xerox has seen its Australian market share sink over the past 12 months after a series of missteps, sliding down from 33 percent in 2016 to 25.3 percent in 2017.

The printing vendor’s Australian operation has also been marred by an accounting fraud scandal revealed earlier this year by Japanese parent company Fujifilm.