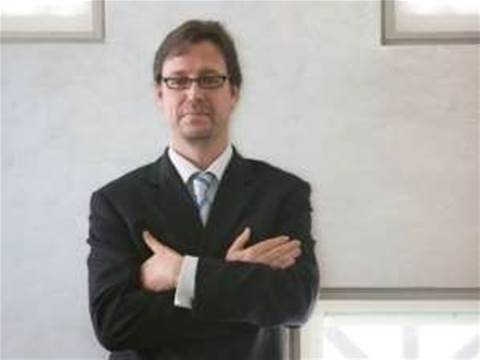 Workers dumped by IBM as part of 800 job cuts have approached the channel "in droves" -- and with some success, partners say.

IBM channel partners Cirrus Australia, Oasys IT, Artis Group and Data#3 have told CRN that outgoing IBM staff would be welcome at their businesses.

Cirrus, a software and services provider and CRN Fast50 No.6, was approached by "droves" of IBM staff, CEO Darren Phillips (pictured) said.

By approaching an IBM partner instead of a recruitment agency, Phillips said IBM's ex-employees had a better chance of finding work and colleagues they were comfortable with.

"They [ex-IBMers] have got two places to go," he said. "They can go to the recruitment market where they are selling themselves for the highest price.

According to Glenn Phelps, managing director of Melbourne-based Oasys IT, (CRN Fast50 No.8), said the rumoured redundancies "absolutely" created new opportunities for the channel.

Oasys IT was on the lookout for people with strong relationships with end users and vendors within the industry and knowledge of blade technology, system x enterprise servers, virtualisation and storage products.

Phelps had spoken with "three to four" potential hires, who he said could potentially transform Oasys's business.

"We're looking at aligning our position with the skills that are coming out of IBM," he told CRN. "I think that will open up new opportunities and areas for us."

Meanwhile, Systems integrator Artis Group, (CRN Fast50 No. 44), had already come to an agreement with ex-IBM client representative Toby Roberts, to begin working at the company this week.

Roberts had been looking after distributors for IBM's x86, Unix, storage, point-of-sales and services businesses. Although he did not have a direct relationship with Artis, he was contacted by a head-hunter and offered a product sales executive role in mid-February.

He mentioned discussions with a "number" of current IBM employees who were beginning to look for opportunities in case their jobs were lost.

"The ability to bring on IBM personnel strengthens the channel," Giudes told CRN.

"I don't know how the redundancies may affect our day to day [relationship with IBM], but certainly we're in the market looking for good sales people."

Integrator and IBM reseller Data#3 also would look  to hire product sales staff should they be made redundant, although the company's managing director John Grant said he would be "surprised" if this was the case.

"I'd be surprised if the people being made redundant would be key to our business," Grant told CRN. "Of course, if anyone from their product reselling business were to be made redundant, we'd be looking into picking them up."

Grant also said that it would be unlikely for outgoing IBM staff to set up competing reseller businesses, noting that "it requires a lot of capital to get started".