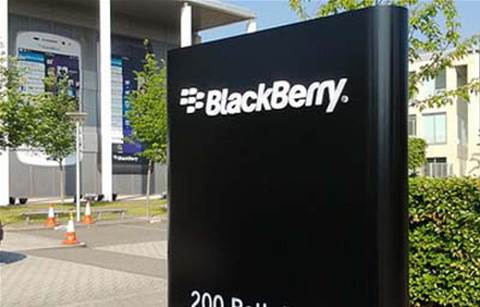 The Waterloo, Ontario-based software and services vendor will task Giamatteo with spearheading strategy, engineering, and go-to-market for BlackBerry’s cybersecurity business unit when he starts with the company on October 4. Giamatteo will replace president and chief operating officer Tom Eacobacci, a longtime Citrix executive who will leave BlackBerry after just 17 months to pursue other opportunities.

“BlackBerry’s AI-driven, prevention-first technology is well placed to scale to meet the constantly evolving cybersecurity needs of companies everywhere,” Giamatteo said in a statement. “I’m very positive about the opportunities we have as a company.”

Giamatteo will report directly to executive chairman and CEO John Chen, who in a statement praised the new executive for his “leading industry expertise.” BlackBerry’s cybersecurity sales in the quarter ended August 31 came in at US$120 million, flat from the year prior, and accounting for nearly 70 percent of the company’s quarterly revenue.

BlackBerry expects cybersecurity revenue between US$495 million and US$515 million in its current fiscal year thanks to increased customer demand for the company’s endpoint security and productivity technology that support business continuity and remote working environments.

Giamatteo most recently spent six years at McAfee, which culminated in an 18-month stint from July 2018 to January 2020 overseeing the platform security giant’s sales, marketing and customer success organisations as president and chief revenue officer. Prior to the promotion, Giamatteo led McAfee’s US$1.5 billion global consumer business for four-and-a-year years.

Following Giamatteo’s departure from McAfee, some of his responsibilities were assumed by Lynne Doherty, the ex-head of Cisco’s U.S. commercial sales team hired in May 2020 to oversee McAfee’s enterprise sales, pre-sales, channel, and marketing. Doherty received US$12.1 million of compensation from McAfee in fiscal 2020, according to regulatory filings.

Prior to joining McAfee, Giamatteo spent two-and-a-half years as chief operating officer at Czech anti-virus software maker AVG Technology and more than 17 percent at Nortel Networks, where he worked his way up to president and CEO of the company’s Asia Pacific region.

Eacobacci, meanwhile, joined BlackBerry in June 2020 after two decades at Citrix, where he worked his way up to president of the Americas for two-and-a-half years. In BlackBerry’s 2021 fiscal year, which ended February 28, Eacobacci received US$8.6 million of compensation, according to regulatory filings.

Eliminating departmental friction within MSPs
By Michael Novinson
Sep 24 2021
6:55AM