Ex-Newlease to acquire Microsoft reseller for up to $25 million 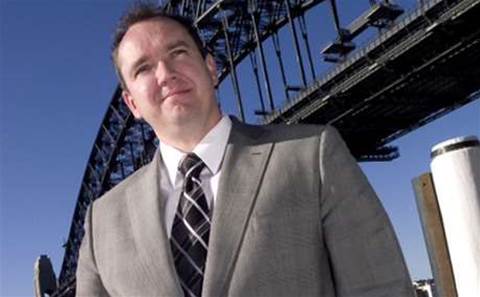 Cloud licensing provider Rhipe – formerly known as Newlease – will spend up to $25.35 million in stock and cash to purchase Microsoft Office 365, Azure and Sharepoint consultancy nSynergy.

The deal gives Rhipe, until now known for selling cloud licensing to resellers, a services capability comprising a team of more than 40 Microsoft support specialists, a "blue-chip" client base including Tiffany's, Westpac and Nike and a presence in Australia, the UK, China and the US.

Rhipe will also acquire a 12.5 percent stake in LiveTiles, a business established by nSynergy's founders that develops a user interface tool for creating tiled interfaces for Sharepoint and Azure implementations.

The tool is an add-on sale for Microsoft Office 365 and has more than 3.7 million users, and Rhipe plans to sign a global service provider distribution agreement.

Rhipe will pay $17.35 million in stock and cash for nSynergy, with up to a further $8 million subject to nSynergy's earnings in 2015 and 2016. The purchase was approved by shareholders last week, and the acquisition of nSynergy and investment in LiveTiles is schedule to be complete before 28 February. Rhipe will invest $2.5 million in LiveTiles.

The deal gives Rhipe a direct services capability, but chief executive officer Dominic O'Hanlon said the aim was to assist, not compete with, the company's 1,400-plus partners.

“The whole reason for [this deal] is to partner with our service provider communities rather than to build a direct services business,” he told CRN.

“We will be absolutely channel first. Our whole DNA is about the channel. The only time we won’t go through the channel is if there isn’t [a partner] available to us.”

Rhipe will build out its solutions offering including services and helpdesk functions as a result of the acquisition. It will also mean Rhipe can offer more solutions to expand its licensing programs.

O'Hanlon said the company aimed to provide back-office service and support for partners without skills, or for those experiencing periods of peak demand.

“There’s plenty [of partners] who are saying things like 'our customers are wanting us to implement a Sharepoint site and migrate to Office 365 and support it, we don’t have the skills and the only way to do it is introduce a competitor',” he said.

Asked about the potential for Rhipe to have competing interests with other service providers, O'Hanlon said: "The reason for this acquisition is so we can provide more capability for our service providers. That comes first and foremost. People might say, ‘You can compete with us’ - the reality is, the people that want to partner with us will have every opportunity to do so."

If an end user asked Rhipe to build a solution, O'Hanlon said the first question would be, "Who are your service provider partners? Let’s go and work on this with them." He said if end users didn't have a service provider, Rhipe would look for an opportunity to introduce one.

Service providers in Australia wanting to deploy Office 365 could use nSynergy's resources in Shanghai, for example.

"You won't see us trying to sell the end user solutions in competition to partners. You’ll see us working hand in hand partners if they want us to, to help them deliver solutions in a non-competitive way."

The impending acquisition follows a strong year for Rhipe, which went public via a reverse takeover and saw revenues jump by 45 percent to $74.5 million in the 2014 financial year.

Rhipe also became the first pure-play cloud licensing provider this year to enter Microsoft's Licensing Solution Program - the first company Microsoft had given the credentials to that wasn't a traditional integrator.

The business has also undergone a name change. Rhype Limited has changed its name to Rhipe Limited, while Newlease Pty Ltd has changed to Rhipe Pty Ltd.