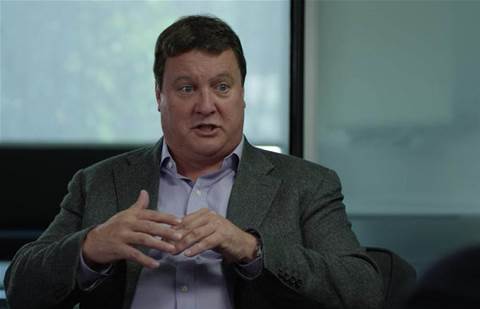 Longtime Forescout President and CEO Mike DeCesare will exit day-to-day management after leading the San Jose, Calif.-based cybersecurity vendor through multiple rounds of outside funding, a US$116 million initial public offering in October 2017 and the sale to private equity firm Advent at a reduced price of US$1.4 billion. DeCesare will join Clark as co-chair of Forescout’s board, according to Forescout.

“Forescout has built an amazing team, and we are setting the company up for further scale and growth,” a spokesperson for the company told CRN. “The company is grateful for Mike’s leadership, and we look forward to his further contributions on the Board. Greg brings an immense amount of cybersecurity and operational expertise to Forescout, and he will continue to execute on its vision.”

A source told CRN that DeCesare’s exit as CEO is part of a broader set of leadership changes at Forescout, which will also include the departure of Chief Revenue Officer Steve Redman and Vice President of Worldwide Channel Sales Jonathan Corini. Also joining Clark at Forescout will be former Symantec Americas channel chief Keith Weatherford, the source told CRN.

Corini, who joined Forescout in July 2017 as North American channel chief and was promoted to global channel chief a year later, told CRN that he has an exciting new opportunity to further my career outside of Forescout. Forescout didn’t comment specifically on Redman, Corini or Weatherford’s employment status, while Redman and Weatherford didn’t immediately respond to requests for comment from CRN.

“Leadership changes are routine as part of a public to private transition,” a spokesperson for Forescout told CRN. “The departing executives have made monumental contributions to the company. We are fortunate to be adding to the incredible team with seasoned executives to help scale Forescout to the next level.”

Clark and Weatherford will also see the familiar face of Nicholas Noviello at Forescout, who started in July as the company’s chief operating officer and chief financial officer after spending two-and-a-half years as Symantec’s CFO. Both Noviello and Clark have been involved with Crosspoint Capital Partners, which teamed up with Advent to serve as an adviser on the private equity firm’s purchase of Forescout.

The aforementioned source hopes the CEO change at Forescout helps the company improve on its execution and reduce the churn in its product management and engineering organizations. Forescout’s eyeSegment tool has struggled to gain traction, according to the source, who said Clark will have his hands full trying to restore the faith of Forescout’s partners and customers in the company’s product.

Clark started as CEO of Blue Coat Systems in 2011, and assumed the same role at Symantec in August 2016 when the company’s acquisition of Blue Coat closed. Clark abruptly resigned his president, CEO and board positions at Symantec in May 2019 following an internal accounting probe, activist investor unrest and enterprise sales struggles.

His final year at Symantec was very turbulent, with the company conducting an internal probe into concerns raised by a former employee that resulted in US$12 million in revenue getting deferred. The probe identified certain behavior inconsistent with the company’s code of conduct, and referred the matter to Symantec for appropriate action.

Just six months after Clark left Symantec, the company sold its enterprise security business to Broadcom for US$10.7 billion. That resulted in a mass exodus of Symantec personnel from the company as Broadcom dramatically narrowed the cybersecurity company’s focus from both a technology and customer standpoint.

Meanwhile, DeCesare’s final months as Forescout’s CEO have been marked by discord over the proposed US$1.9 billion sale of the then-publicly traded company to Advent. Advent in mid-May that it wouldn’t be closing the acquisition of Forescout as scheduled after Forescout disclosed that its revenue for the quarter ended March 31 had fallen by 24 percent on a year-over-year basis to US$57.2 million.

Five days later, Forescout sued Advent in the Delaware County of Chancery for allegedly violating the terms of the acquisition agreement by claiming that a “material adverse effect” had occurred at Forescout. Forescout argued that the acquisition agreement called out the risk of any impacts from COVID-19, and the Advent was therefore obligated to close the transaction as scheduled.

Advent took a different view, arguing that Forescout experienced a disproportionate effect on its business relative to its direct peers, most of which reported strong financial performance in the COVID-19 environment. Advent alleged that Forescout would lack the ability to meet its financial obligations as they became due based on its expected post-closing financial condition.

Grow your software revenue by selling these 5 affordable, essential tools for the modern workplace
By Michael Novinson
Sep 18 2020
11:18AM