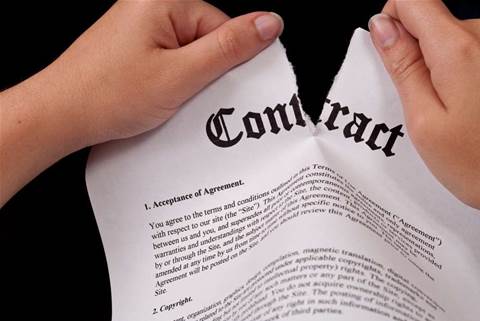 Apple has terminated contracts with up to 200 Australian resellers in the last four months with no explanation, CRN can reveal.

Apple now has around 500 local resellers on its books from approximately 700 in June - a cull of just under 30 percent, sources have told CRN. In some cases, the consumer giant has terminated corporate reseller agreements that were barely 12 months old.

One reseller told CRN Apple was totalitarian in its approach and refused resellers any leeway in how its products were sold.

The reseller had been in partnership with Apple for just over a year, selling iMacs and Macbook Pros. It said it did not sell iPads or iPhones as it declined to bend to Apple’s ‘strict’ standards for selling the mobile devices.

The reseller said Apple ended the partnership with no warning after it claimed sales targets had been missed.

“But when I asked the Apple representative for the figures, he gave me figures that he’d made up,” the reseller told CRN. “I know they were made up because I checked with my distributor, and the Apple guy was quoting way below what we actually did.

“We missed our targets the first two quarters, but made target in the last two. With any other vendor, if you get close to your target they try to help you get there, they definitely don’t just ditch you.”

The reseller said Apple’s cut-throat approach to the channel was causing a tidal wave of hatred from partners.

“They’re just arrogant. If you don’t work the way they want you to, they ditch you,” it said. “Because of this attitude, the only place they are doing well is consumer. IT managers don’t like them because you have to do everything through iTunes, and now the channel is starting to hate them.”

A source within a distributor with previous experience dealing with Apple told CRN there was no singular reason behind Apple’s termination of so many contracts. The source said Apple gave a range of vague excuses that it refused to elaborate on.

The source said he recommended resellers refer Apple customers to a retail store such as JB HiFi, as there was no benefit to partnering with Apple as a corporate reseller.

Part of this lack of incentive is attributed to Apple’s infamously small margins. CRN understands Apple offers its resellers around 4 percent on its products, compared with around 10 percent offered by vendors with comparable products.

IT solutions provider ITLogic was one of the 200 partners dumped by Apple in recent months.

One of the company’s directors, Sam Estephan, told CRN his company had partnered with Apple, selling iPads and iMacs, for a year until its contract expired in June when it was told it wouldn’t be renewed.

He said Apple offered a two-line email stating a review of its channel to market had recommended it cancel ITLogic’s contract.

“It was as simple as that,” Estephan explained. “We tried to respond, and they didn’t reply.”

Estephan said he had no idea why the contract was cancelled. ITLogic will replace its Apple line-up with Windows 8 products.