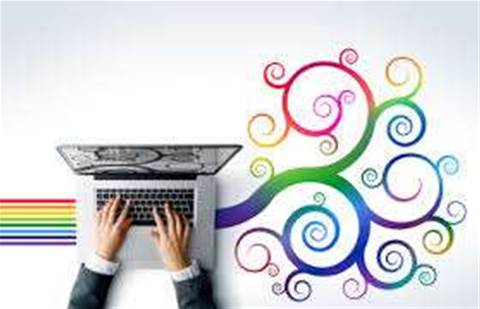 Fresh from its acquisition of defunct Perth company XciteLogic, local IT powerhouse Datacom says its appetitite is far from sated as it looks for further growth opportunities in Australia and in Asia.

“We are definitely looking for opportunities in Asia, whether it’s in the key markets of Indonesia and Malaysia, as well as in Singapore,” said Datacom chief Peter Wilson, in an interview with CRN. “We are looking in those places for capabilities we can leverage back into the Australian market, whether it’s direct or as a part of a joint venture.”

The integration of the XciteLogic business, which the $400m Datacom acquired in July for an undisclosed sum, has gone well, Wilson said. The success of the integration also heralds the approach the company will use as it hunts for further buys to bolster its strength in key verticals including state and federal government and education.

“We’re pleased with the XciteLogic transition, and that means ensuring existing customers are delighted with the service they are getting, as well an ensuring Xcitelogic’s employees are brought successfully into the business,” commented Wilson. “We’re very very happy with the way it has gone.”

Around 30 of XciteLogic’s staff moved across to Datacom from the Perth office, as well four directors including XciteLogic’s Tony Panetta, who is now director of education sales.

The increase in headcount brings the total number of WA-based Datacom staffers to around 150. The company now has around 1000 staff nationally.

Wilson said WA, which houses one of the company’s three datacentres (the others are in Melbourne and NSW) is not an area of greater focus than any other state, however, the company is looking for further investments along the lines of Xcitelogic. “We are looking at investments that enhance the type of company that we want to be,” Wilson noted.

He also committed to significantly increasing Datacom’s overall headcount over the next three to five years, with the goal of doubling the number of employees during that time period. This doubling, he said, would also be tempered by an increased drive towards employee productivity and efficiency. Wilson pointed to the server automation tools available to the company as an outsourcer as an example of how it can extract greater productivity gains from the engineers it employs.

“Basically those tools mean an individual engineer can manage a greater number of servers, and we will be making investments in those sort of areas to extract those efficiency gains,” he said.

Datacentres and the cloud

Wilson said that the company isn’t planning on increasing the number of datacentres beyond the three it already has in Australia, along with the recently constructed $40m facility in New Zealand.

“We’re very comfortable with the footprint we have in Australia and New Zealand,” he said. “However we will partner where appropriate, whether that’s with an international company such as Amazon, or a local provider such as NextDC.

“We have very specific offerings, and a high level of intimacy with our customers,” he continued.

Commenting on cloud, Wilson said the hype around cloud services had declined over the last 18 months and is settling into a solid business proposition for many organisations. But, he cautioned, it’s not a one size fits all approach.

“It’s important to the mix, but it’s not the be-all and end-all,” he noted. “Sometimes a customer will want to do compute with AWS, and then secure storage with Datacom. Other times, the Datacom cloud will be a better solution for a customer than AWS. Suffice to say, cloud is part of every conversation.”

And as surely as cloud becomes part of every conversation, so does cloud and security. Datacom has partnerships with Trend Micro, among other vendors, however Wilson said the company also has a capability that’s less well-known: Datacom Technical Security Services.

“It’s a small group with unique skill sets beyond the typical security product area,” he said. “It’s a point of differentiation for us, and the idea is that we help organisations understand their vulnerabilities and the importance of the confidentiality of their data.”

Overall, said Wilson, the future is looking rosy for the company, with solid growth plans and the desire to acquire key capabilities where they can’t be grown organically.

“Once we get a capability, we’re very good at plugging that into the Datacom solution,” he said.