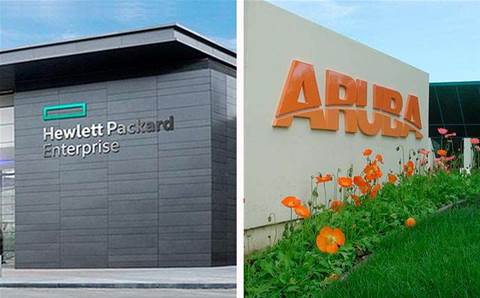 Hewlett Packard Enterprise has put its Australian and New Zealand distribution out to tender, with industry insiders expecting a consolidation of the roster.

The vendor has one of the deepest lineups of distributors in the Australian market, something that can be a bone of contention among the members. The distributor panel includes Aruba's three distributors following HPE's acquisition of the networking vendor for US$2.7 billion in March 2015.

HPE has five distributors in Australia selling some or all of its range: Dicker Data, Ingram Micro, Synnex, Lynx Technologies and Avnet. Aruba adds another three disties to the mix, with key partners Westcon and Distribution Central, along with point-of-sale specialist Sektor.

Across the Tasman, Aruba's New Zealand distributors include Connector Systems, which was yesterday acquired by Ingram Micro.

HPE and Aruba distributors have been jostling for access to the full range of Hewlett Packard solutions, according to well-placed sources.

CRN understands all existing distributors were invited to take part in the closed tender, with submissions due on 18 January, followed by some post-submission activity.

Disties are now waiting to find out of who is in and who is out.

Asked to confirm the distribution tender, an HPE spokesperon would only say: "Hewlett Packard Enterprise was created to be a more nimble customer and partner-centric company. The company is committed to undertaking all efforts to ensure we can collectively deliver industry leading solutions and drive business transformation and growth for our customers in the most efficient way possible."

Industry sources expect the tender to lead to consolidation across the HPE and Aruba roster.

One source within the distribution community welcomed a rationalisation, telling CRN that it was hard to justify the major investment required to support a vendor of HPE's size while facing such competition from other disties. Any shakeup would have significant ramifications, given the size of the Hewlett Packard Enterprise business and its importance to distributors.

Dicker Data has long been regarded as HP's biggest Australian distributor, with the vendor worth upwards of a quarter of a billion dollars a year to the ASX-listed company.

Another distributor that comes in for praise among resellers is Sydney-headquartered Lynx Technologies, which tends to fly under the radar but represents a large slice of HPE's storage business.

Australia's only $2 billion-revenue distributors – Ingram Micro and Synnex – are also significant players, with Synnex the most recent HPE partner after adding the enterprise range to its existing agency for PCs and printers in August 2014.

Avnet is also an enterprise partner across HPE's infrastructure and software.

Some sources expect Aruba disties to do well out of the review, given the sway that the wireless vendor now holds within HPE's networking division. Networking in general and wireless in particular remain healthy, given a boost by the same transition to cloud that is putting pressure on compute and storage.