Ingram to distribute Dell in Australia 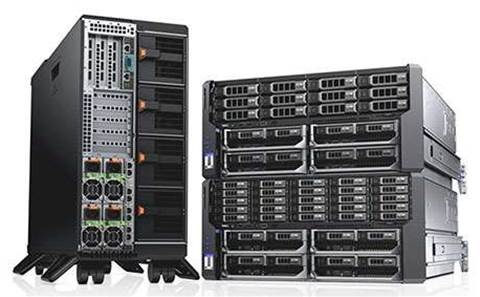 Dell has appointed Ingram Micro Australia as the first-ever local distributor for its full enterprise portfolio.

Though better known for going direct to customers, Dell has sold through the Australian channel for five or six years via its PartnerDirect program; while this will remain in place, Dell will make some changes around new classifications as well as specialisations, such as security and end user computing.

Dell will join a packed roster of vendors at Ingram Micro Australia, including major competitors such as Cisco and HP.

The new Ingram arrangement is the first time Dell has picked an Australian distributor for a full portfolio of products, though it's not the only distie relationship for Dell, which has a partnership with Avnet for the Dell Wyse range. The Ingram deal does not impact existing distribution arrangements.

Ingram already distributes Dell in other regions, including the US, UK and China.

The relationship doesn't yet extend to Dell's PC or printer businesses, which will continue to be sold through PartnerDirect.

"The [entire Dell] portfolio is pretty broad, whether desktop, notebooks, server, storage, networking, security, software – there is a whole gamut. At this stage, the agreement with Ingram covers three or four components of that portfolio," said Peter Murphy, general manager for Dell's global commercial channel in Australia & New Zealand.

Dell already has around 2000 registered partners in Australia via PartnerDirect; Murphy said the company appointed Ingram in order to reach the "6,000 to 10,000 potential partners" it doesn't touch.

"Dell builds to order today so we don't really hold stock in the server, storage and networking space, so this gives me that just-in-time advantage that I don't have today. Ingram's configuration centre means they can customise and do the integration in their facilities at a local level," said Murphy, who is also managing director of Dell New Zealand.

The Ingram deal is part of Dell's strategy to recreate itself as a channel business, a move being driven right from the top by Michael Dell.

Earlier this year, the high-profile founder told CRN US that partners could expect "more channel love" from Dell this year.

Here in Australia, Dell and Ingram hope they can sway those resellers who still judge Dell as a direct vendor first and foremost, and combat fears about competing with Dell's direct sales force.

Lenz pointed out that Dell already has thousands of local resellers, and urged the channel to "look to the future, not at the past".

Murphy stressed that "Dell has never been more committed to the channel".

"We have a very fierce appetite to make this work, from Michael down, and my message to any partner is if they didn't enjoy it last time, we have matured and developed substantially, so I would encourage them to give it go."

He argued that the perception of Dell as channel-unfriendly was out of date.

"Globally, over a third of our revenue goes through the channel in one shape or form. The perception in some places is that Dell is a very direct company but… we are roughly a $20 billion channel organisation and that would put us in the top 10 technology companies from a channel revenue perspective."

At a local level, Murphy pointed to Dell's deal registration program, which protects resellers on deals worth more than $20,000, as well as giving them exclusivity with the customer account – effectively shutting out other resellers or Dell's direct sales team.

"It means they get preferential pricing to reward their pre-sales efforts and support for Dell," said Murphy. "That is an exclusive arrangement, unlike others where it is an open playing field, which minimises and cannibalises partner margins.

"There are number of vendors out there with similar style programs but certainly from my point of view, it is one of the advantages that Dell will have in the market as they go forward. Having that registration and process in place is very beneficial to a reseller," added Lenz.