Exclusive: inside the NEC / CSG merger 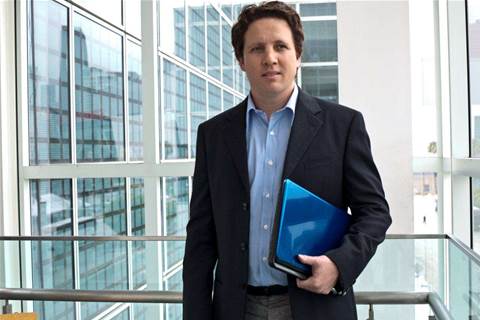 Channel giants UXC and Dimension Data officially now have something serious to worry about.

NEC, which rounded out its services offering with the purchase of CSG for $227.5 million last July revealed to CRN in an exclusive interview its real ambtiions for the Australian market.

“At the moment, our aim is to be a top five ICT company in Australia,” said Antony Dutton, NEC’s director of IT business solution. “By revenues we are currently positioned at eight. We are well on our way but it’s going to be the journey of the next few years.”

Dutton’s one of the old CSG hands that came across to NEC following the purchase. His previous role at the old company was as general manager for application solutions.

NEC quickly moved to integrate the CSG business into the overall NEC structure, said Dutton. “The bits and pieces of the business have come together. Alan Hyde, our managing director, has said we’re still moving the overall transformation project to consolidate all the businesses into one. However we already have one leadership team.”

Dutton’s business unit is the IT business solutions unit. And as its head, he has a lot on his hands. There are tailored Oracle and Microsoft Dynamics solutions, along with collaboration solutions, application managed services and more.

One particular area of growth is in enterprise mobility. “We are investing heavily in this area, developing for Apple, Microsoft and Android.”

“In terms of Apple, we have completed a large iPad development project for St Johns Ambulance in WA,” Dutton continued. “Essentially it is for paramedics capturing  real time info, and that is updated to the patient electronic healthcare record.”

Dutton said this was a groundbreaker for the company, as it was the first major mobility development project undertaken for Apple in Australia.

Dutton said he believed NEC’s competitive advantages following the CSG acquisition – advantages which will well-serve it in its pursuit to become a top five supplier – fall into several major areas. One of those areas is its geographical reach.

“Not many people realize we have 1600 staff across Australia,” he said. The headcount in the Northern Territory is around 200 people, with 150 in South Australia and another 200 in Western Australia.

“Another advantage for us is when we brought the two companies together there was a great opportunity for cross-selling into one another’s customer bases,” Dutton said.

And in terms of services, he said, the company is able to offer the full breadth, “I think we have solutions across ERP, CRM and BI and infrastructure businesses,” he said. “We have the ability to support hybrid environments for our customers [and]  we can create bespoke solutions to meet overall IT requirements.”

Moving into the cloud

NEC has a significant investment in cloud services. The company maintains its own data centres and is happy to provide datacentre services either in full cloud mode, or as part of a hybrid offering.

“We have a lot of history in the enterprise and government space,” he said, “and that is where our cloud efforts are going. We are focused on providing an end to end capability for the cloud, and focused on helping organisations move into the cloud.”

Dutton also commented the amalgamation of the two companies under the one NEC brand had worked in, rather than against it. Clients like the strength of the brand and the coming together of the two organisations.