Oracle will deliver a transformation plan to all of its partners and re-launch aspects of its partner program, the software giant announced the changes yesterday on its FY20 Global Partner Kickoff webinar.

Julie Tung, the company’s vice president for Alliances & Channels Programs and Business Operations told the event that the transformation plan will outline a partner’s current competency and offer a “personalised plan to enhance” partners’ capabilities.

She added that the “Oracle partner network transformation” was designed after consultation with partners of all sizes and at variable levels of cloud adoption and maturity. The new program will emphasise mutual investment – by Oracle in partner skills, by partners in certifications. 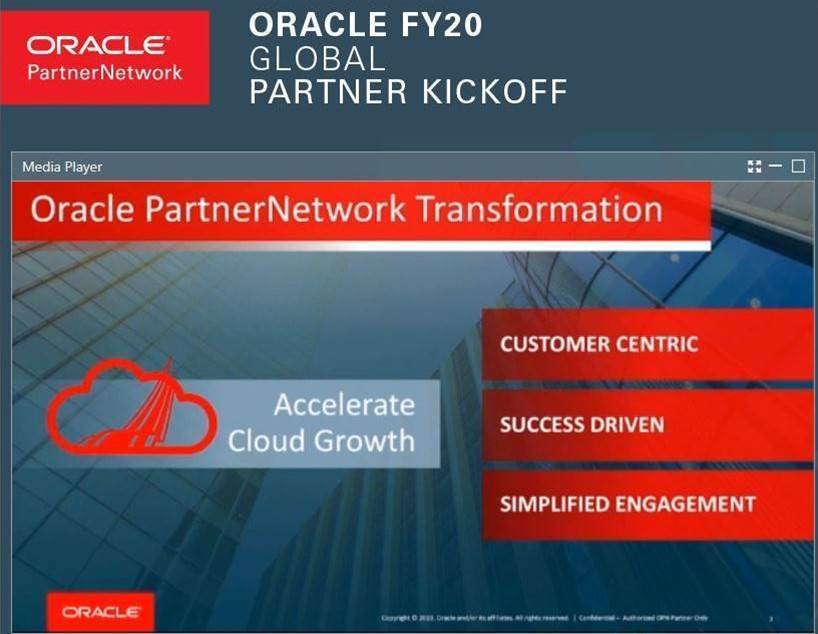 There will also be a new tool that makes it easier for customers to find relevant Oracle partners.

Partners were also told that salescentral.oracle.com has been populated with more content to help them sell. Much of the documentation there is now the same material Oracle’s own sales people use. Recent additions include video demos, video sales pitches, conversation-starters, value-statements, and objection-handling guides. 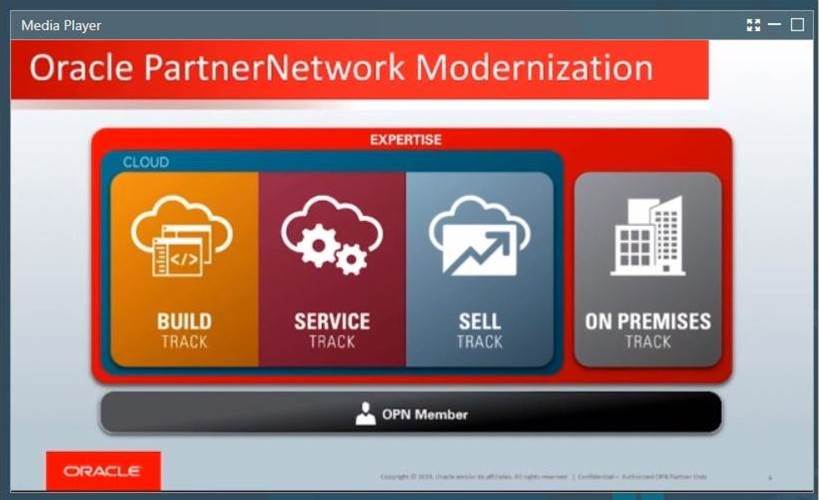 There’s more to come, separate to the partner program transformation.

Partners were also pounded with messaging and data about how attaining Oracle certifications translates into bigger deals and deeper engagements.

The 90-minute webinar also featured plenty of other news.

Clay Magouyrk, senior vice president at Oracle Cloud Infrastructure, said the company is “coming out with a radical new marketplace offering” that will make it easier to integrate third-party products with the Oracle cloud.

Andrew Mendelsohn, executive vice president for database server technologies, revealed that Oracle is very keen on Intel’s non-volatile memory technology, saying that he expects it to “completely disrupt the storage industry and the data management industry”. Oracle, he said, “will be doing some major investments going forward to leverage that technology.” He didn’t say if that would be in the cloud or on-premises.

To some extent, Oracle doesn’t care: the webinar saw speakers proclaim that Oracle’s on-prem exadata boxes have recently achieved record sales thanks to customers apparently recognising them as the best possible hardware for running Oracle databases.

Brian Hamel, senior vice president for converged infrastructure sales, therefore called on the company’s channel to “stay balanced, capture growth on-premises and invest with us and capture the momentum from the cloud.”

If Hamel’s remarks seem a little at odds with Tung’s tease of cloudwards-nudging in Oracle’s channel program, know that the rest of the event hammered home very consistent messages about Oracle’s cloud being the only one that has one data model for all apps and services. That makes the Oracle Cloud easier for customers, the speakers emphasised, because it means they need one database for all apps rather than special-purpose software.

And because Oracle’s cloud database is its autonomous database, the messaging went, customers have will spend less time on administration and more time on innovation. Which Oracle will enable with quarterly updates to applications.

Partners were told this means they, too, can put themselves in a position to innovate with their customers. And they were advised that customers want innovation with a particular outcome in mind, rather than open-ended projects.

Speakers also suggested that the big Oracle cloud opportunity for partners is migration of Oracle-based apps into the cloud – apparently that work is already 80 percent of cloud sales from partners and a real sweet spot. Working with Oracle Integration Cloud was advanced as the next-most attractive opportunity for partners, with “competitive win-backs” in third place.

And if partners commit to Oracle cloud, they were told they’ll make more than they will as partners of rival clouds. 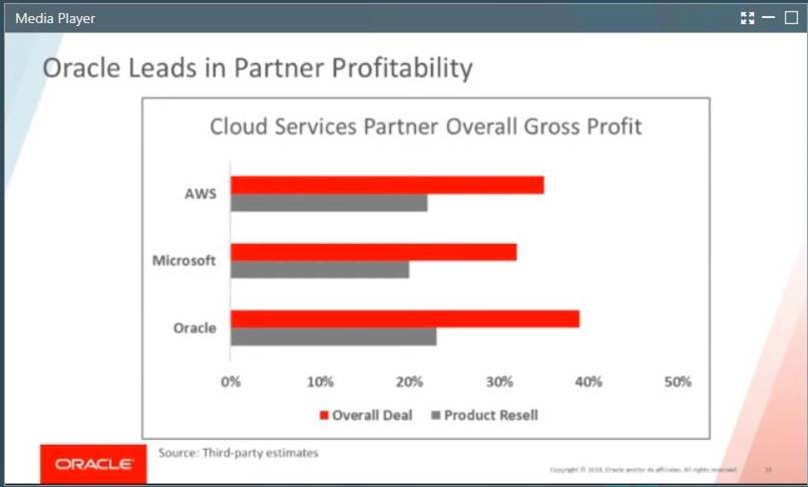 Oracle claims it's the most profitable cloud for partners.Click to enlarge

Not that Oracle conceded its cloud is in any way inferior to its rivals: speakers proclaimed it the most secure, extolled its suitability for any workload and praised its performance.

Execs on the webinar were also very keen to point out that Oracle has sold a lot of cloud lately and has references to prove it.

Partners were essentially told that the Big Red cloud is ready for liftoff, and if they clamber aboard they’ll be in for quite a ride.

CRN will of course report on Oracle’s channel transformation once details emerge at OpenWorld. Or maybe before: Oracle said it will post early looks at some of its planned changes to www.oracle.com/partners/preview. CRN lacks a login to that partners-only site. But perhaps a kind reader will let us know what they see there?