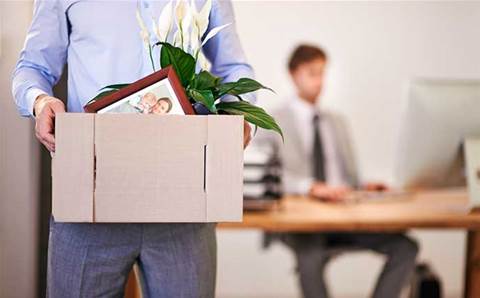 A series of top executives have exited Fuji Xerox Australia, as the company responds to the structural declines in the print sector as well as a rocky 2015 and 2016 at the local operation.

The exits include key roles up and down the organisation, including Asia-Pacific leadership, legal, accounting and HR, and come less than a year after FXA replaced its Australian MD, lost its CFO and ditched its auditors.

Regional leader Masashi Honda has moved from his position as president Asia Pacific Operation after nearly five years and returned to Japan to run the domestic sales businesses. Isamu Sekine has been named as president and CEO of Fuji Xerox Asia-Pacific.

Glendining was company secretary of FXA as well as the company's general counsel, having spent more than a decade on the Australian company's legal team.

Schojer was a financial controller at FXA and had been with the company since at least 2008, according to LinkedIn.

The departures may come as scant surprise to those who followed Fuji Xerox throughout 2015 and 2016, from the time when Australian boss Nick Kugenthiran retired after decades with the company, and was replaced by former New Zealand boss Neil Whittaker in April 2015, whose tenure was marked by controversy.

Whittaker was out the door after just a year, replaced by Sunil Gupta in July 2016,

A former senior executive, speaking to CRN on condition of anonymity, said he suspected that salespeople were facing challenges due to increased aversity to risk after some bad deals. "There is no opportunity to get a deal over the line."

Other recent departures include executive general manager of global services, Anthony Cogswell, who parted ways with FXA after more than two decades with the company.

Chief people officer Beth Winchester "resigned from the organisation to pursue a different opportunity", according to a media spokesperson.

CRN later asked this media spokesperson for further details on the departures, only to receive an automatic email reply that she had also left Fuji Xerox Australia.

CRN revealed in February that Fuji Xerox Australia had backtracked on its plan to build a standalone enterprise IT services and software division after a little over a year, with most of the employees exiting the business.

The move into IT services is seen as a way for printing vendors to offset declines in print volumes, which have been falling at around 5 percent per year in Australia, according to Gartner.

Other printing vendors to have diversified into IT services include Canon, which acquired well-regarded managed service provider Harbour IT in September 2014.

Ricoh acquired IMC Communications in October 2012, while its sister company, Lanier acquired Inspire IT in April 2013.

Grabbing the hybrid cloud opportunity with Lenovo and Azure Services
By Steven Kiernan
Apr 21 2017
6:44AM