Expert: MSPs need to be virtual CIOs for customers 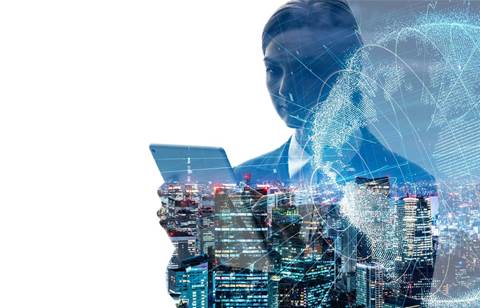 MSPs can boost their profitability and stickiness with customers by delivering strategic value and getting a regular audience with key decision-makers, according to an industry expert.

The most successful MSPs position themselves as their customers’ virtual CIO, or vCIO, meaning that they meet with the leaders who control the budget and who drive the strategy for the business, according to Gary Pica, founder and president of MSP coaching and mentoring firm TruMethods.

“You need to move from a technical to a business relationship,” Pica told attendees Monday during an executive session during XChange 2020, hosted by CRN parent The Channel Company. “That means having an in-depth business profile, and making technology alignment and compliance a foundation.”

Pica contrasted the strategic value of a vCIO with that of a vCO, or “virtual Captain Obvious,” who give businesses lots of self-evident advice such as replace their old servers, their backup isn’t working, move email to Office 365 and renew expired licenses. Conversations with vCOs tend to be focused exclusively on ticket reports, SLAs, patch statuses, alarms, and hardware and life-cycle renewals, according to Pica.

Despite producing a “big honkin’ report” for the customer, Pica said decision-makers tend not to come back from a second meeting with a vCO since the executives controlling the purse strings don’t care about patch management as much as the MSP does. vCOs also waste a lot of time gathering technical information, quoting, dealing with escalations, and managing products, according to Pica.

In contrast, Pica said vCIOs develop a strategic road map for every one of their customers and illustrate how they compare to their peers. In addition to creating road maps, Pica said vCIOs spend their time meeting with technical account managers, understanding customers’ business, and leveraging alignment information.

Pica said a successful vCIO must understand how a customer's business operates, what its potential challenges are, who its own customers are, what areas the organization serves, what the business-critical opportunities are, who its suppliers and partners are, and what success looks like in three years.

While vCOs are typically reactive to customer needs, Pica said vCIOs should be making recommendations to customers at least a quarter in advance of when they’re looking for a signed proposal. Once this starts to happen, Pica said the MSP should be able to schedule professional services for the customer between six weeks and 12 weeks in advance, helping to get projects done on time.

A vCIO isn’t effective if it's putting out fires, not touching enough revenue, not generating nonrecurring revenue, spending too much time on proposals, or failing to meet with technical account managers, Pica said. As MSPs devote more roles and functions to providing higher-level services, Pica said they’ll end up transforming their business.

MSPs that are too small for a full-time vCIO can have one of the leaders block off between two and three hours per week to work on standards, alignment and the vCIO process, Pica said. Larger MSPs should have a more defined vCIO role so that they’re able to move up the value stack, according to Pica.

“I believe this is a gold rush,” Pica said. “If you execute, you will get results.”

Cloud application revenue made easy
By Michael Novinson
Mar 4 2020
5:57AM