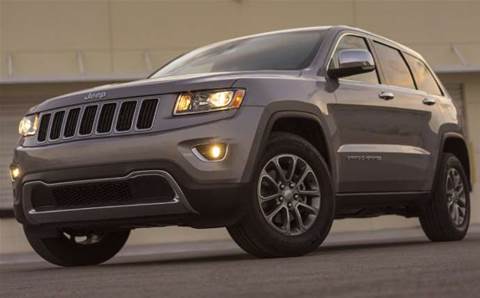 A pair of veteran cybersecurity researchers have shown they can use the internet to turn off a car's engine as it drives, sharply escalating the stakes in the debate about the safety of increasingly connected cars and trucks.

Former National Security Agency hacker Charlie Miller, now at Twitter, and IOActive researcher Chris Valasek used a feature in the Fiat Chrysler telematics system Uconnect to break into a car being driven on the highway by a reporter for technology news site Wired.com.

In a controlled test, they turned on the Jeep Cherokee’s radio and activated other inessential features before rewriting code embedded in the entertainment system hardware to issue commands through the internal network to steering, brakes and the engine.

“There are hundreds of thousands of cars that are vulnerable on the road right now,” Miller told Reuters.

Fiat Chrysler said it had issued a fix for the most serious vulnerability involved. The software patch is available for free on the company’s website and at dealerships.

"Similar to a smartphone or tablet, vehicle software can require updates for improved security protection to reduce the potential risk of unauthorised and unlawful access to vehicle systems," the company said. It didn't immediately answer other questions.

Miller and Valasek have been probing car safety for years and have been among those warning that remote hacking was inevitable. An academic team had previously said it hacked a moving vehicle from afar but did not say how or name the manufacturer, putting less pressure on the industry.

“We know these systems will become targets of bad actors,” he told a conference on autonomous and connected vehicle technology in Michigan, USA. If consumers don’t believe that connected vehicle systems are safe and secure, he said, “they will not engage it”.

Members of Congress have also expressed concern, and on Tuesday US time senators Ed Markey and Richard Blumenthal, both Democrats, introduced a bill that would direct the NHTSA to develop standards for isolating critical software and detect hacking as it occurs.

Miller and Valasek said they had been working with Fiat Chrysler since October, giving the company enough time to construct a patch to disable a feature that the men suspected had been turned on by accident. They plan to release a paper at the Def Con security conference next month that includes code for remote access, which will no longer work on cars that have been updated.

They said the harder problem for an attacker, moving from the entertainment system to the core onboard network, would take months for other top-tier hackers to emulate.

Many Jeeps could remain unpatched, leaving them open to attack. But the researchers said hackers would need to know the Internet Protocol address of a car in order to attack it specifically, and that address changes every time the car starts.

Otherwise, “You have to attack random cars,” Valasek said.

The men stressed that it would be easy to make modest adjustments to their code and attack other types of vehicles.

They said that manufacturers, who are racing to add new internet-connected features, should work much harder on creating safe capability for automatic over-the-air software updates, segregation of onboard entertainment and engineering networks, and intrusion-detection software for stopping improper commands.

“Anything that connects to the outside world is an attack vector, from my point of view,” Valasek said.