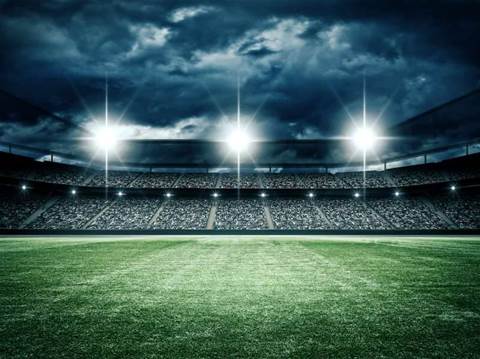 Extreme Networks has opened up a US$1.3 billion (A$1.68 billion) market opportunity for its channel partners following the acquisition of Zebra Technologies' wireless LAN, services and security assets, chief executive Ed Meyercord annouced earlier this month.

"Now we effectively have a hunting license to go after all of these hotels in our hospitality vertical … They have Hilton Hotels and the Marriott, Sheraton, Holiday Inn – you name it.," Meyercord said in an interview with CRN.

"We're also adding two new verticals of retail and transportation logistics … that adds $1.3 billion to our target market – so it expands our growth opportunity for partners."

Extreme also picked up Zebra's customers. What are some the biggest customers in hospitality you now have that partners can go after?

They have Hilton Hotels and the Marriott, Sheraton, Holiday Inn – you name it. They have all those brands where they're an established vendor that we didn't have before. Now we effectively have a hunting license to go after all of these hotels in our hospitality vertical.

We're also adding two new verticals of retail and transportation logistics … that adds $1.3 billion to our target market, so it expands our growth opportunity for partners.

What large customers are you picking up in these new two new retail and transportation verticals?

In retail, you're looking at Wal-Mart, CVS, TJ-Maxx – the list goes on and on of the very large blue-chip companies that have massive deployments globally.

For transportation logistics, we pick up Fed-Ex, UPS, DHL, these massive distribution networks. For us there's a new growth opportunity. When you look at our target market, which is the enterprise campus, we are very focused on building solutions for our verticals where we had five, now we have seven.

How will this acquisition help you better compete against the largest players in the market like Cisco and HPE/Aruba Networks?

So you have Cisco Meraki, then you have HPE-Aruba, then you have now Extreme-Zebra as the wireless LAN third largest player. Wireless is the fastest-growing segment in our market. Mobility is driving a lot of purchase decisions, which is also good for our partners. From a brand perspective, it elevates the Extreme brand.

There are many examples that we're involved with where Extreme was bidding on wired switches where Zebra was the incumbent wireless LAN and now it's going to be one company. Something we see in the enterprise campus market is companies being open and excited about having one vendor that can deliver both and tie it all together with the software.

What differentiator can Extreme offer that Cisco and HPE can't?

We're the top ranked company in terms for customer satisfaction if you talk to Gartner. They'll tell you that our industry is not known for having great technical support, but Extreme is an outlier with 100 percent in-sourced technical assistance. Ninety-four percent of the time when you call into our technical service center the person who picks up the phone is the person who resolves your network issue – that's very different from Cisco and HPE where you're routed to third parties. It might take a few different tries to get to the right person.

Does that really matter that much to customers?

It matters to our customers. It matters to the [New England Patriots owners] Kraft family and the Patriots organisation when they don't have a large IT staff. That same thing is true for a hospital or a college campus – these are customers that tend to be lean in terms of IT staff. So it is very important to customers that they get the right person on the phone the first time.

Looking forward at Extreme's M&A strategy, are you looking to buy other complementary assets from vendors?

So just how big is Extreme and its channel partners' total addressable market now with Zebra?

Our target market was US$8.1 billion globally and now we're adding US$1.3 billion because we're adding those two verticals. Now its a US$9.4 billion market, so it expands our growth opportunity.

The terms of the transaction were very attractive. It's US$55 million, but there's a deferred revenue piece you take out, so it's net US$48 million of cash that we'll lay out for [Zebra's WLAN] business.

Can you give us an update on how the refresh is going at Gillette Stadium?

So we're in the middle of a refresh. We're upgrading our Wi-Fi at Gillette and the Patriots are investing in Wave 2 technology, which is a significant increase in performance and quality. [Patriots President] Johnathan Kraft chairs the digital committee for the NFL, so they're one of the industry's leading teams for technology. We're about 80 percent through with the upgrade and we're partnering with [solution provider] Carousel Industries.

What role do channel partners play in the stadium market?

Our partner here at Gillette, we use Carousel Industries. In Carousel's case, they're managing the deployment for us. So with radio frequency, there's a lot of work that goes in the design of the system and making sure that you have proper coverage. There's a lot of RF challenges in a stadium like this. They'll do that work and they'll do the deployment. … We've done other stadium projects with Carousel as well and they've been very helpful, like with the Buffalo Bills.

Just how big is the NFL stadium market opportunity?

Technology becomes an investment into a team's brand. For the Patriots, since they turned up wi-fi in 2012, they've seen Wi-Fi users double. The users of their application is up 400 percent.

Why did the Patriots, as well as the NFL, make Extreme Networks their official wi-fi partner?

There was a network error during last year's AFC Championship Game between the Patriots and Denver Broncos in Denver. What does Extreme do to prevent something similar from happening?

We have people on site during game day and fan wi-fi experts that will walk the stadium and ask people about the Wi-Fi and provide tips and assistance with that. Those [Microsoft] tablets are running on a different network. They have a different contract with the NFL. So there's a separate network for the tablets.

The teams are doing a lot of work to make sure the stadiums are ready. If the wi-fi doesn't work, it's a big deal.

Any big games coming up that Extreme is looking forward too?

Our customers include the Houston Texans who are hosting Super Bowl 51. This will be our fourth Super Bowl. This relationship with the Patriots is where it started and it just led to this great new business for Extreme.