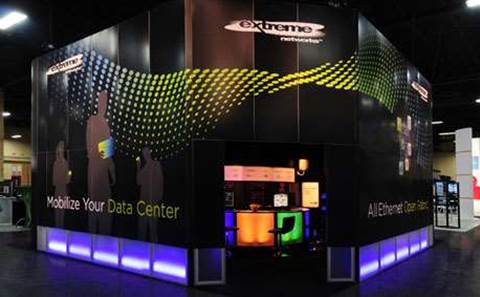 Extreme Networks has completed its acquisition of Zebra Technology's wireless LAN business for US$55 million, creating one of the top three WLAN enterprise campus providers in the world.

The networking vendor expects the acquisition to generate more than US$115 million in annual revenue for Extreme, while also obtaining Zebra's talent and customers which includes some of the largest hotel chains and retailers in the country such as Hilton Hotels, Holiday Inn, Walmart and CVS.

The deal will combine Zebra WLAN technology and customers with Extreme’s wired and wireless capabilities while expanding its end-to-end hardware and software networking solutions.

"We bought their AirDefense, the leading wi-fi security wireless intrusion prevention system. It's security that we didn't have before, which is industry leading," said Meyercord.

He also said the acquisition gives Extreme partners a "hunting license to go after" all of Zebra's hospitality vertical customers as well as the ability to add two new verticals – retail and transportation– to the channel's portfolio.

"We're also adding two new verticals of retail and transportation logistics... that adds US$1.3 billion to our target market - so it expands our growth opportunity for partners," said Meyercord.

The merger makes Extreme the No. 3 market leader in the WLAN space behind Cisco and Hewlett Packard Enterprise, according to the company.

Zebra’s full WLAN portfolio will become part of the existing Extreme wireless product line, which includes a series of new access point offerings, and will expand the company’s security offering with Zebra’s wireless intrusion prevention system. Extreme has more than 20,000 customers in more than 80 countries.

Cloud application revenue made easy
By Mark Haranas
Nov 1 2016
6:19AM