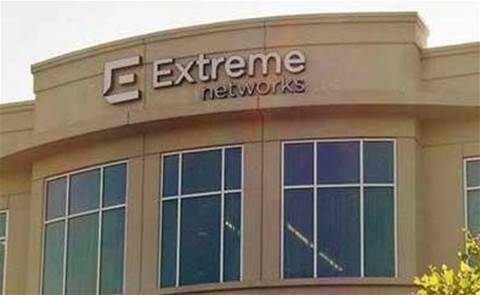 Extreme Networks is on a mission to make networking as flexible and “effortless” as possible -- something that can only be achieved through the cloud, according to Extreme’s president and CEO Ed Meyercord.

In fact, it’s Extreme’s focus on cloud-based networking and advanced machine-learning functionality that is giving the company a competitive advantage over the competition, including the likes of Cisco Meraki, said Rob Huff, president and chief revenue officer at StepCG, a Covington, US-based MSP and Extreme partner.

“We are seeing Extreme really leapfrogging Meraki at this point,” he said. StepCG has been “ripping out” Meraki solutions and replacing them with a combination of Extreme and other third-party offerings to provide a more complete, managed networking solution to their end customers.

“[Extreme] is way ahead of the competition in terms of where they are dumping their R&D dollars. I see a tremendous value in us delivering our managed services as a powered by Extreme offering,” Huff said. “It gives us the opportunity to compete down in the Ubiquiti [Networks] world and certainly, Meraki.”

In an effort to further its “effortless” approach to networking, Extreme on Wednesday unveiled universal platforms for its switching and wireless portfolios, which provides flexibility and extends the lifespan of wired and wireless products, the San Jose, Calif.-based company said.

Extreme wants all of its customers and partners to advance with the company into the cloud. To that end, the vendor is offering flexible options for doing business with Extreme, whether a customer is moving to the cloud or staying on premise, Meyercord said during Extreme Connect Virtual 2020 event on Thursday.

“We want you to come with us, but we want you to move at your own speed. We are completely flexible and committed to supporting our software-driven solutions powered by Extreme Management Center -- these aren’t going away,” he said.

The vendor has been investing heavily in the ExtremeCloud IQ, the vendor’s cloud management platform, ever since its acquisition of cloud networking specialist Aerohive Networks last August. The ExtremeCloud IQ platform is a “huge” opportunity for partners to dive effortless, end-to-end networking and offer more visibility for end customers, Meyercord said.

“Extreme has become the leader and the fastest growing cloud provider with a number two rank in the number of licenses for cloud managed devices,” he said. “We’re building a cloud that is simple, intuitive and consistent with constant features upgrades … and our cloud is superior to our competitors.”

Cisco, for example, has a large portfolio that customers have trouble navigating, said Wes Durow, chief marketing officer for Extreme. “Our ability to compete goes back to our core promise -- how do we make networking effortless, from the time you sign up a customer, to the upgrade and renewal process -- that’s our mission,” Durow told CRN. “If we do a good job of that, it’s less about us worrying about what everyone else is going and focus on what the customer is requiring.”

“They don’t have to own everything, he said. “If we have a customer that has Palo Alto, we can work with Extreme and Palo together, for example, whereas other manufacturers aren’t as interested in partnerships -- they just really want to sell their stuff.”

Extreme today is supporting critical networking infrastructure across 120 countries for 50,000 customers, including well-known companies and organizations such as Audi, FedEx, Kroger, the National Football League, and the New York Stock Exchange.

Grow your software revenue by selling these 5 affordable, essential tools for the modern workplace
By Gina Narcisi
Sep 18 2020
6:48AM