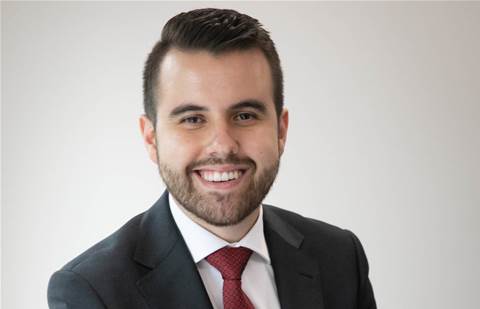 Extreme Networks has appointed Stefan Compagnoni as its new channel manager for Australia and New Zealand.

Compagnoni takes over from Julian Critchlow, who was promoted to ANZ general manager in August 2019 following the departure of Chris Georgellis.

As channel manager, Compagnoni has been tasked with helping partners to build incremental business with Extreme’s offerings in the ANZ region. He will also be working with partners on the development and execution of strategic plans, technology enablement and certification programs, sales and marketing activities, as well as supporting partners on key accounts, sales opportunities and contract negotiations.

Compagnoni joins from Arrow ECS ANZ, where he was vendor manager since 2018. Prior to that, he also worked at cleaning products provider Tennant Company and Vocus-owned telco Commander in a number of sales roles.

“Stefan brings strong distribution and channel experience to his new role as our channel manager, as well as a comprehensive understanding of the networking space,” Critchlow said in an announcement of the appointment.

Extreme also announced that it has three new Diamond Partners in ANZ, namely CompNow, CCNA and Intuit Technologies. Diamond is the vendor’s highest partnership level, awarded to partners who have reached specific milestones in annual revenues, and technical and sales certifications, and Master Specialisation in at least one technology solution area.

The company also announced that consultancy NetStrategy, Extreme’s only Black Diamond reseller in ANZ, has become the first partner in the region to have three systems engineers achieve Purple Belts (gaining three qualifying technical certifications) through the ExtremeDojo training program.

“Congratulations to the teams from CCNA, CompNow and Intuit Technologies on achieving the highest level in our partner program! And congratulations also to NetStrategy, who has now achieved the highest Extreme technical qualifications in the region,” Critchlow said.

“Our local strategy is very clear; we recognise and invest in our high-growth, high-performing partners by giving them the attention and support that they need to gain market share and win more business with Extreme technologies and solutions.”

Grow your software revenue by selling these 5 affordable, essential tools for the modern workplace
By Nico Arboleda
Feb 25 2020
9:54AM