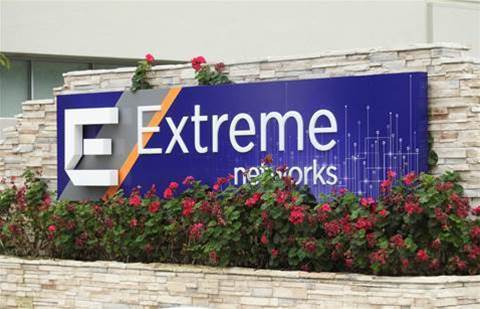 Extreme Networks has been business as usual since its US$210 million acquisition of Aerohive Networks in August, but now the networking specialist is ready to unleash its newly-combined cloud-based portfolio on the market, Extreme's CEO and president Ed Meyercord told CRN USA.

Extreme, a company that's angling to be a leader in cloud-driven networking, unveiled new technology — including a cloud management application called ExtremeCloud IQ — as well as a new program for MSP partners and several new resources for the channel at its annual partner summit this week in San Diego.

"The floodgates are open and we are seeing a huge response from our partners," Meyercord said. "The bottom line is, we have the most intelligent and sophisticated cloud platform in the industry. We can bring operating benefits to companies — they can literally save 30 percent running a network versus what they would get with Cisco, for example."

ExtremeCloud IQ is a platform based on Aerohive's popular HiveManager product, said Abby Strong, vice president of product marketing for Extreme. The company will expanding support for its products on ExtremeCloud IQ, starting with Extreme's portfolio of edge switches.

ExtremeCloud IQ will help more channel partners transition to MSPS, Strong said. "The platform can give partners different levels of control to the infrastructure they are managing," she said.

"It's like an intelligent side kick integrated into the platform itself -- kind of like having an extra team member that offers insights into what you should do next," Strong said.

"We see a huge opportunity for partners to offer more services, including managed services, but also installation and professional services for new application development because of the access they'll have with the cloud the APIs that are available to them," Strong said.

Historically, Extreme wasn't able to play in the managed services space, Meyercord said. "We didn't have a mature cloud offering. Aerohive was a smaller company and didn't have as well an established partner program …now that Aerohive is part of Extreme, we've unlocked cloud for all of our partners," he said.

Extreme is seeing many of its partners making the pivot to managed services. To that end, the company is launching ExtremeForward, an MSP program for cloud-focused networking partners that want to focus more on services. Extreme is also introducing Collaborate2Win, a platform that lets partners can identify and team with fellow partners that may have a specific expertise to sell a complete solution to a customer.

While the partner programs for Extreme Networks and Aerohive are still separate, Extreme is working in elements of Aerohive's partner program into its existing program, including Aerohive's lead generation tool. Aerohive Partners will also be leveled into the Extreme Partner Program, according to the San Jose, Calif.-based company.

Extreme Networks also took to its partner summit to reveal an expanded relationship with one of its biggest partners; Broadcom. The chip manufacturer has selected Extreme Networks as its enterprise preferred partner and Broadcom technology will power Extreme's line of access, edge, and campus networking solutions.

Broadcom has a large base of enterprise customers and the company wants all of their customer's business, Meyercord said. "[Broadcom] wants to see its silicon deployed with all these enterprises," he explained. "This is a big endorsement coming from Broadcom because they woke with HPE, Juniper, and Arista -- a lot of our competitors -- but they picked Extreme."

For partners, the extended partnership opens up new opportunities within very large customers, Meyercord said. "Together, we're going to be able to broaden our partner's exposure and establish new partnerships with people covering these enterprise accounts."