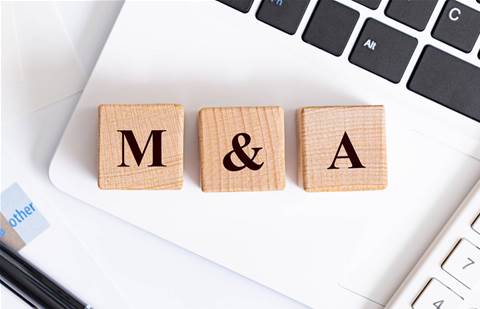 Via the terms of the deal,  Extreme Networks will be gaining Ipanematech SAS, or the SD-WAN division of Infovista, in an all-cash deal that values the SD-WAN business at 60 million euros, or approximately US$73 million.

The SD-WAN market has seen a great deal of consolidation in the last five years as many established networking and security leaders have scooped up pure-play SD-WAN startups and specialists. Cisco in 2017 acquired Viptela for US$610 and in the same year, VMware bought VeloCloud for an undisclosed sum. Palo Alto Networks in 2020 acquired CloudGenix for US$420 million, and HPE scooped up Silver Peak last year in US$925 million, to name a few deals.

Extreme Networks in 2019 bought cloud networking specialist Aerohive Networks for US$210 million. With the deal came cloud management, wireless and edge networking, and SD-WAN. The Ipanema deal will expand the ExtremeCloud portfolio, which already includes cloud-managed SD-WAN and security offerings, according to Extreme Networks.

InfoVista acquired Ipanema Technologies in 2015. Infovista’s Ipanema SD-WAN solutions serves approximately 400 customers, according to the company, which has headquarters in France and Virginia.

Specifically, Extreme will be adding Ipanema’s SD-WAN service, which includes cloud-managed application visibility and control, which the company says helps it stand out from its competitors. The technology will inject more flexibility and security when connecting locations, applications, and devices, the two companies said.

“Tapping into the fast-growing and developing market segments of cloud-managed SD-WAN, and, in the future SASE, accelerates our topline growth potential and expands our opportunity to grow recurring revenue with additional SaaS applications,” Ed Meyercord, president and CEO at Extreme Networks, said in a statement. “Further, we‘ll extend our go-to-market and R&D footprint in Europe, where Ipanema is an established player.”

The combination of Extreme’s cloud platform with Ipanema’s SD-WAN technology will make it easier for customers to operate and manage their highly distributed networks and edge devices through a centralized platform, Extreme Networks’ chief revenue officer, Joe Vitalone, said in an email to CRN.

The SD-WAN market grew 18.5 percent in 2020 to US$3 billion worldwide, according to market research firm IDC. The firm expects the SD-WAN market to grow 18.9 percent per year through 2025. SD-WAN is one of the fastest growing segments of the network infrastructure market, according to IDC.

The deal will also have Extreme establishing a second technology center of excellence in Europe to boost the company’s customer presence overseas. Ipanema has established partnerships with the channel — namely, MSPs and systems integrators across Europe, the two companies said.

The deal, which is subject to customary adjustments, is expected to close in October 2021, according to the two companies.