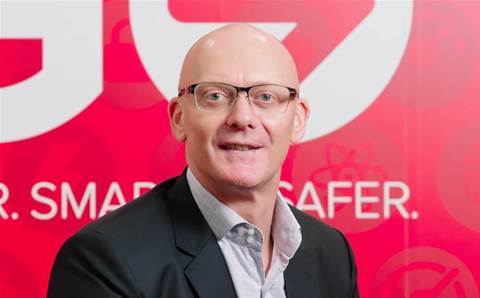 Judd joins from Brocade where he had been the vice president for Asia Pacific and Japan for more than three years. Brocade was recently acquired by Broadcom.

During his time at Brocade, Judd successfully led a sales team of nearly 350 people operating in more than 20 countries. Under his direction, Asia Pacific became Brocade’s fastest growing segment in the world, with strong double-digit growth in various business units such as NFV, SDI and application networking sales.

"Applications and data assets are playing a critical role in driving this new economy. By leveraging F5’s unique point-of-view on applications and security, we are in pole position to empower businesses here [in Asia Pacific] in moving faster, smarter and safer," Judd said.

Judd was also vice president of sales and operations for Unisphere Networks, a networking equipment manufacturer and subsidiary of Siemens, for three years. In 2002, the company was acquired by Juniper Networks and Judd went on to become Juniper's senior vice president of Asia Pacific operations, where he spent almost nine years.

In his new role, Judd will be based in Singapore and will report to executive vice president of worldwide sales, John DiLullo.

DiLullo said the appointment of Judd affirmed the company's commitment to the Asia Pacific region.

"Adam’s 20-plus years of Asia-based technology and channels experience across countless vertical markets and customer segments made him a rare find and uniquely qualified for this high-impact role," he said.