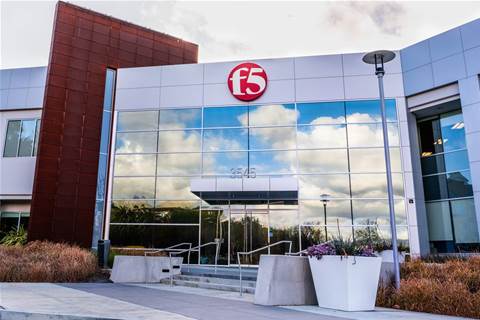 “The modern application world has become unproductively hard. We need to make it easier,” Rob Whiteley, said vice president of marketing for NGINX in a blog post. “Developers need to run. Time to market and feature velocity are critical to digital business success,” he said. “But there’s a catch. In the world of fast releases … we risk introducing application downtime into our digital experiences.”

NGINX wants to give developers the right tools while avoiding slow processes. To that end, the company revealed three solutions for infrastructure teams, two updates for Kubernetes environments, and two new software as a service offerings for NGINX environments during the NGINX Spirit virtual event on Tuesday.

To help infrastructure teams arm developers with “self-service” tools, NGNIX revealed version 3.8 of the NGINX Controller with enhanced application-centric workflows and self-service portals, which will give dev teams access to their preferred NGINX load balancing and proxy capabilities, richer analytics, and role-based access controls. The NGINX Controller 3.8, which is available today, contains an enhanced developer portal for API management, the company said. The NGINX Controller version 3.0, released in January, was F5 and NGINX‘s first joint offering.

Version 2.0 of the NGINX App Protect offering, first introduced in May, was made available last week. The latest version of the Web application firewall (WAF) offering includes new integrations with NGINX Ingress controller for Kubernetes, more API security functionality, and improved user signature updating capabilities. The company also revealed NGINX Controller Application Security, which includes the API, analytics, and self-service capabilities of the NGINX Controller to provide WAF as a service. Controller App Security is in private beta now and will be generally available by end of 2020, NGINX said.

For Kubernetes environments, NGINX highlighted the NGINX Ingress Controller 1.9, an upgrade from July‘s version 1.8 that allows for the customization of Kubernetes traffic management via a F5-powered WAF which will run natively in a businesses’ Kubernetes cluster. Version 1.9 will be available before the end of 2020, the company said. NGINX also unveiled NGINX Service Mesh 1.0 as a lightweight Layer 7 service mesh solution and alternative to open source service mesh Istio. Service Mesh 1.0, which is based on NGINX Plus, is slated to be released in October.

The combination of F5 and NGINX bridges the gap between infrastructure and applications, which have historically been separate silos, said Mark Wall, practice manager, application delivery and automation and orchestration for WWT, a F5 Platinum Partner and NGINX partner.

Businesses need a better way to manage both existing environments and new applications holistically, Wall said. “It‘s about how we keep the lights on the existing top-tier applications and still be able to support the new microservices applications built on top of Kubernetes environments,” he said. “With what F5 and NGINX are working on, it doesn’t matter where the application lives, we can support it consistently and securely.”

Lastly, for developers looking for software as a service (SaaS)-based solutions for the NGINX Open Source and NGINX Plus environments, the company introduced F5 DNS Cloud Services, which offers secondary and global server load balancing capabilities for NGINX Plus environments. It‘s a primary DNS offering from F5 Cloud Services and it will be available by the end of 2020. Also introduced was NGINX analytics-as-a-service to help ease the monitoring of large NGINX environments and offers more detailed monitoring than NGINX Controller alone, the company said. NGINX analytics-as-a-service can also support NGINX open source monitoring. The offering will be available in Q1 2021.

NGINX, a company focused on application delivery software, was acquired by F5 for US$670 million in May 2019. F5 President and CEO Francois Locho-Donou told engineers and channel partners that NGINX is “absolutely core” to F5‘s software strategy during last year’s NGINX conference in Seattle.

WWT‘s Wall said that F5 was “always the cruise ship -- it had a lot of bells and whistles, but it turned slowly.” With NGINX, the company’s portfolio is still packed with features, but it’s becoming more lightweight and agile.

“F5 is adopting NGINX methodologies across its products,” he said. “NGINX is becoming a critical component to a lot of the new aspects that F5 is trying to build out, like security and applications services.”

Eliminating departmental friction within MSPs
By Gina Narcisi
Sep 17 2020
6:32AM