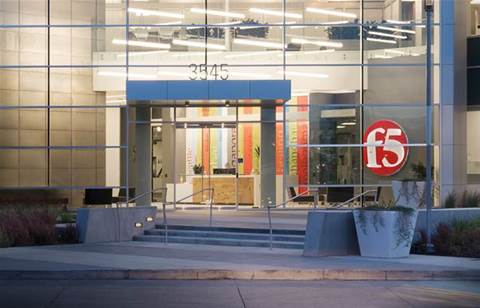 F5 Networks has announced it will acquire web server and load balancer specialist NGINX, for US$670m.

The acquisition therefore takes out F5's potentially most potent competitor and strengthens its position as the dominant load balancer vendor.

F5 CEO François Locoh-Donou, in a letter to his employees, said F5 and NGINX have "complementary strengths" and "share the same outlook on the software growth opportunities for application services."

When the deal closes, NGINX CEO Gus Robertson; the company's founders, Igor Sysoev and Maxim Konovalov; and their team will join F5 to run the NGINX business, Locoh-Donou said, a condition that was "critical to this agreement." NGNIX currently has 250 employees.

He noted NGINX support of container-based microservices environments and API management services of the kind favored by cloud-native developers. At the same time, F5 offers "the broadest product portfolio of application services" for application optimization and security.

"Together, F5 and NGINX will bridge the gap from applications to infrastructure and from developer to operations," Locoh-Donou said.

NGINX software powers some 375 million websites and “67 percent of the highest traffic sites on the internet.” Customers include Netflix, Starbucks, and McDonalds.

By 2011, demands of maintaining the project became impossible to juggle with full-time employment as an administrator for a Russian internet company, and Sysoev decided to launch the startup.

The company's guiding strategy was to develop and integrate load balancers and all the other functionality that stands in front of its core open-source web server to make online applications faster, more secure and reliable—a market dominated by F5 Networks

F5 said it will leverage its channel infrastructure and partner ecosystem to scale NGINX adoption in the enterprise.

"We may talk to NetOps and they may be the choice of DevOps, but both of our customers are trying to bridge the divide between traditional and modern applications, across multi-cloud environments — to balance enough effective controls with enough freedom to innovate," Locoh-Donou said.